Home American Jewish News Vice President Pence Promises US Will Move Embassy to Jerusalem
Share on Facebook
Tweet on Twitter
Vice President Mike Pence said Monday that relocating the U.S. Embassy in Israel to Jerusalem is only a matter of time.

“I promise you that the day will come when President Donald Trump moves the American embassy from Tel Aviv to Jerusalem. It is not a question of if, it is only when,” Pence told the 12th annual Christians United for Israel summit in Washington, D.C.

Pence said he and Trump “stand without apology for Israel today,” and touted the president’s trip to Israel in May.

“Standing in Jerusalem, in that ancient and holy city, our president declared for all the world to hear that under his leadership, the United States of America ‘will always stand with Israel,’” said Pence.

Trump signed a waiver June 1 to keep the U.S. embassy in Tel Aviv, avoiding a move to Jerusalem for an additional six months. Since Congress passed legislation in 1995 authorizing the relocation of the embassy to Jerusalem, every sitting president has signed successive six-month waivers delaying the move, citing national security concerns. 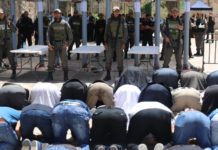 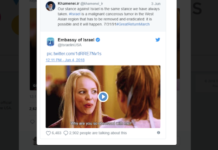 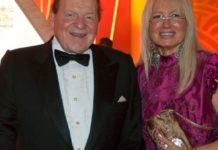 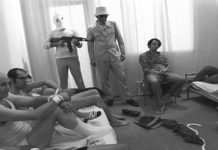