Home Anti-Semitism WATCH: Granddaughter of the Evil Nazi Mayor, Becomes Squad Commander of IDF...
Share on Facebook
Tweet on Twitter
The granddaughter of a member of the Nazi party became a combatant in the IDF.
Johann, Gaya’s grandfather, was a sworn Nazi. “He worked with the party to strengthen the ideology of the Third Reich,” she says. On the other hand, her mother’s grandmother is a Holocaust survivor. Today Gaya serves as a fighter in the “Bardales” (Cheetah) Battalion. She says, “My grandfather would turn over in his grave” if he knew about it.

Gaya Beretele, who was a commander in the Bardales battalion, has an unusual family story. Her grandfather on her father’s side was a member of the Nazi party and served as the mayor of a village in southern Germany. “My grandfather Johann never regretted his support for Nazism and race theory,” she says. “He fully supported all the positions of the party and did not change his mind at all after the war, but held it until the day he died.”

20-year-old Gaya served as a squad commander in the Bardales battalion, but after an injury she moved to the operations division of the battalion. She adds, “I am absolutely convinced that if he knew that his son, my father, would decide to convert and that I had become a combat commander in the IDF, he would be furious and cut off contact with us. There is no doubt that he is turning over in his grave. ”

Gaya’s father, Hans Bertele, is now one of the best known confectioners in Israel and has a bakery named ‘Gaya Bertele’ named after his daughter. He was born in the last moments of World War II, to a Christian family of seven children. One of his brothers was recruited at the age of 16, and within a month he was already in British captivity. Another brother was a pilot in the Nazi army whose plane was shot down, and he was killed. Hans’s father, Johann, was a member of the Nazi party and served as the head of the village. He said that “it was known to everyone that Jews are pigs, greedy and deceitful, it was a common discourse.”

How did your father, who was born to a Nazi family, come to Judaism?

“My father never felt like a German,” Gaya replies. “He never got along with the strictness, for example with the fact that you have to finish everything off the plate and if not then you will be beaten, in the same way he did not like the German cold personality. He could fall and die and no one would care. “My father was disgusted with the character of the Germans, and that was his primary motivation to move away from his birthplace.”

Gaya says that when he was a boy, her father Hans had to choose a profession in order to determine the course of his life. “He chose to be a pastry chef and signed an employment agreement with Hilton Worldwide, which had two hotels in Israel. Hans was brought to work in Jerusalem and Tel Aviv, and of course he understood that the atmosphere in Israel would be anti-German and that the wounds were open. Whoever asked him where he was from, he would tell that he was a citizen of Switzerland, but even though that was true it did not help him. The Israelis immediately recognized that he was a German, and the attitude toward him was not so nice.”

Hans began a complex process of conversion, at the end of which, at the age of 26, he enlisted in the IDF, “He even fought as a gunner in the Yom Kippur War.” Gaya said.

In Israel, Hans met his wife, who came from a family of Holocaust survivors. Surprisingly, Gaya’s great-grandmother, who survived the Holocaust, received Hans with open arms. “She, who was an Auschwitz survivor and lost her entire family, appreciated the steps that my father took, and said that he is not to blame for what his fathers did, and she saw that he was completely connected to the Jewish people.” Gaya explained.

Gaya’s special family story gave her a different perspective on the Holocaust. “I learnt about the way the Nazis treated Jews from school, but being that my grandfather was a Nazi, I understood the whole process more clearly, I really knew what the Nazi anti-Semitic ideology was, how they viewed Jews. Part of my grandfather’s job was to preserve the purity of the race in the village he headed. A Jew or someone who was not Aryan was not allowed to live in the village and my grandfather worked with all his might to preserve the race and worked with various party elements to strengthen the ideology of the Third Reich.

As a result of her background, Gaya understands about the importance of fighting racism and the horror of Holocaust: “I knew what the Nazi ideology was – my grandfather’s mission was to preserve the purity of the Aryan race, banning Jews from his village. It strengthens my motivation to be a fighter and defend the people of Israel… there is a spiritual circle here, to defend my people that the Nazis wanted to annihilate.”

Do you have any contact with family in Germany?

“My father has a brother in Germany, he maintains contact with us and does not hold Grandpa’s opinions, he speaks to me once a month, but he has a very anti-Israeli stance. He also never visits Israel because he is afraid, and it is clear that the fear in his case stems from what he sees and hears in the media, but despite that he speaks to me.” Gaya said.

According to Gaya, the connection between the survivor side of her mother and the German Nazi side of her father led her to enlist in combat service. “There is a double circle that has come full circle here, to protect my mother, which is what my grandmother couldn’t do and to be a soldier in the army of the people that my grandfather hated and wanted to annihilate. On the other hand, I also continue the deep spiritual development of my father, Who chose to belong to another people and an opposite culture of what he was born into.” Gaya concluded. 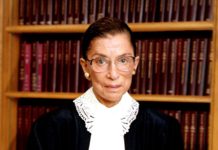 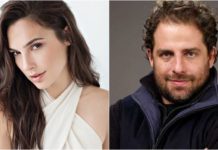 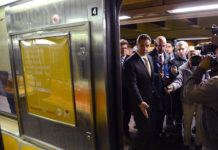 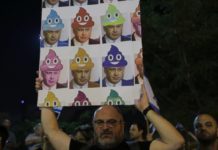