O’Brien posted a photo of him surprising Israeli actress, Gal Gadot AKA Wonder Woman in her Israeli home.

Besides being beautiful and talented, Gal Gadot is easily the nicest superhero I’ve ever met. #ConanIsrael #Israel #WonderWoman

O’Brien could not resist getting some Irish Guinness at an Irish bar in Tel Aviv.

“Besides being beautiful and talented, Gal Gadot is easily the nicest superhero I’ve ever met,” O’Brien wrote on his Instagram account.

Old Video of Conan working out with Wonder Woman Gal Gadot during her filming for Wonder Woman in California.

O’Brien then hit the Tel Aviv beach, where he met with diverse families on the beach as well as took a stab at playing Matkot/ Israeli paddle-ball on the beach.

That’s a wrap! Toda/Shukran/Thank You to my Israeli, Palestinian & American crews. This show is only possible because of all you fine people. #ConanIsrael airs September 19th on @tbsnetwork. 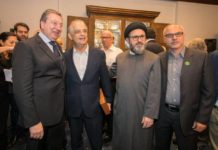 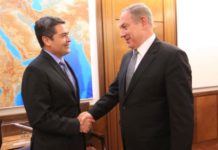 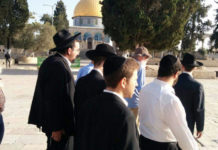 Ex-Israeli Defense Minister: Iran Will Be Watching How World Reacts to North Korea’s Nuclear Provocations
Next