A 15-year-old Palestinian wielding a knife ran towards a bus stop near Kiryat Arba in the West Bank and was shot by IDF forces. He was evacuated to receive medical care and no other injuries were reported. On Sunday, the Shin-Bet chief warned that the approaching holiday season will bring a rise of lone-wolf terror attack attempts.

VIDEO: Young lady about to be married explains how she alerted a soldier about the terrorist

(JOL) IDF Givati forces shot a terrorist who ran with a knife towards a bus stop near Kiryat Arba. The terrorist, 15-year-old Isa Dardaat from a Palestinian village near Hebron, attempted to stab an IDF soldier. Additional details are currently under investigation.

Earlier this week, Shin Bet chief Nadav Argaman briefed the Israeli government and addressed the current relative calm in the West Bank. According to him, the situation is delicate and requires heightened sensitivity towards incidents of a religious character and a fixed standard for terrorist attacks, particularly stabbings, car-rammings and shootings. He also warned that the upcoming holiday season is a particularly tense time every year. 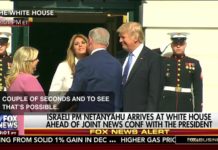 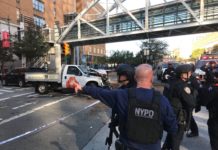 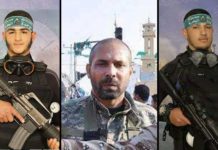 BREAKING: 5 Dead, 120 Evacuated From Florida Nursing Home Due to Intense Heat, Loss of Power
Next

BREAKING: In Toulouse, Policemen and Passersby Assaulted by a Man With Cries Of “Allah Akbar” (VIDEO)