(JTA) — A city in Texas is requiring applicants for Hurricane Harvey rebuilding funds to certify in writing that they will not take part in a boycott of Israel, spurring criticism from the American Civil Liberties Union.

Dickinson City Management assistant Bryan Milward attributed the clause to a state law, signed in May, that requires all state contractors to certify that they are not participating in boycotts of Israel. Milward emphasized that the city will not be verifying compliance with the clause and said he doesn’t expect any applications to be rejected because of it.

“Because our application also functions as a contract, it was included in there,” Milward told JTA on Friday. “We’re not checking up on that. Our city secretary is not digging into anyone’s background. We’re not running background checks or anything like that. They’re attesting that they’re not boycotting, and we’re accepting that based on good faith.”

Dickinson, a city of about 19,000, was hit especially hard by Harvey. More than three-quarters of its homes were damaged by the hurricane, and 830 were destroyed, according to Milward.

“The First Amendment protects Americans’ right to boycott, and the government cannot condition hurricane relief or any other public benefit on a commitment to refrain from protected political expression,” ACLU of Texas Legal Director Andre Segura said in a statement. “Dickinson’s requirement is an egregious violation of the First Amendment, reminiscent of McCarthy-era loyalty oaths requiring Americans to disavow membership in the Communist party and other forms of ‘subversive’ activity.”

On Oct. 11, the ACLU filed a federal lawsuit on behalf of a public school math teacher in Kansas who was denied a state contract because she participates in the anti-Israel boycott.

Supporters of laws aimed at the Boycott, Divestment and Sanctions movement argue that refusing to do business with a country is not protected speech, and that longstanding laws forbidding “support” for foreign state boycotts of Israel apply to the business transaction, not the political motivations. If anti-boycott laws are considered unconstitutional, proponents argue, then Americans would be free to violate existing sanctions preventing business with countries like Iran, Cuba or Sudan. 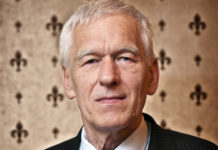 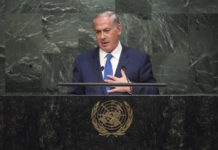 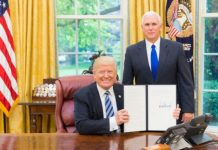 Kiké Hernandez’s Name Can Read Like a Jewish Slur. Here’s How to Fix That.
Next