Secretary of State Rex Tillerson said that moving the U.S. Embassy to Jerusalem “is not something that is going to happen this year, probably not next year.”

Tillerson made the remarks Friday in Paris, where he was meeting with his French counterpart, Jean-Yves Le Drian, CNN reported.

His statement followed mass protests by hundreds of thousands of demonstrators in Asia and the Middle East over President Donald Trump’s declaration on Wednesday that the United States recognizes Jerusalem as Israel’s capital and will prepare to move its embassy there from Tel Aviv. 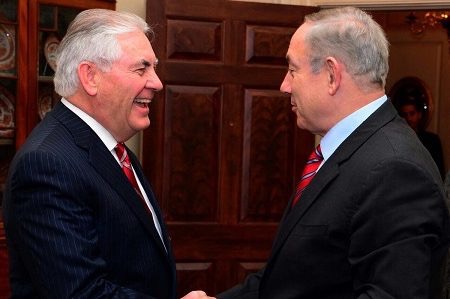 In the West Bank and Gaza, one Palestinian man died and 100 others were wounded in riots that resulted in clashes with the Israeli army. There were no Israelis injured in the clashes Thursday and Friday.

In Indonesia, Pakistan and Malaysia, many thousands held vocal protest rallies outside the U.S. embassies. Massive protests were also recorded in Jordan and Turkey.

Tillerson said that Trump had ordered the State Department to “start the process of making the move” but it would take time, as the department still needed to acquire a site, make construction and building plans and ensure necessary authorizations before actually building the embassy.

He also said that Trump’s decision does not “indicate any final status for Jerusalem,” adding that “would be left to the parties to negotiate and decide.”

Trump announced the embassy move amid a heated foreign policy debate over the relocation, calling it a “recognition of reality” and “the right thing to do.”

His decision upended seven decades of U.S. foreign policy that has resisted a recognition of Jerusalem as Israel’s capital before the Israeli-Palestinian conflict is resolved. 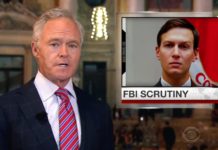 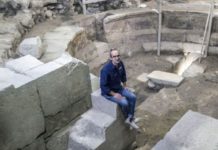 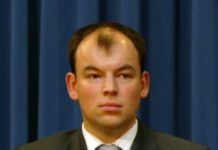 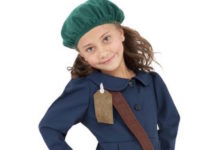 BREAKING: Rocket Attacks in Israel
Next