Home American Jewish News WATCH: 2 Torah Scrolls Stolen From Chabad Synagogue in Hawaii
Share on Facebook
Tweet on Twitter
Torah scrolls valued at about $50,000 each were stolen from a synagogue on the Hawaiian island of Oahu.

The scrolls were taken over the weekend from the sanctuary of the Chabad of Hawaii, located in the Ala Moana Hotel, according to local reports. One was written in the 1850s in Lithuania and survived the Holocaust.

Other valuable items, such as silver ritual objects, were left in the sanctuary, according to reports.

In the fall, the Jewish center was targeted with anti-Semitic epithets spray-painted on the sidewalk outside the building.

The Chabad is offering a $5,000 reward for the return of the Torah scrolls.

this is the second  incident targeting Chabad of Hawaii in recent months. Last fall, vandals spray painted anti-Semitic remarks on a nearby sidewalk.

“The word ‘Jews’ were there and it was clearly targeting us and it was scrolled on the sidewalk right outside our synagogue.” said Pearl Krasnjansky. 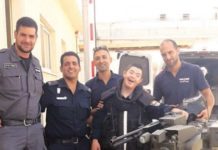 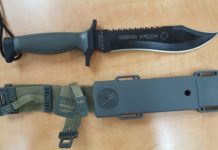 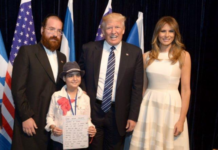 Democrat-Republican Split on Israel Is the Widest in 40 Years, Poll Finds