Home American Jewish News Orthodox Union Will Not Penalize Synagogues That Already Have Women Clergy
Share on Facebook
Tweet on Twitter
The Orthodox Union will not penalize its member synagogues that already employ women as clergy, but it has reaffirmed a policy that prohibits other synagogues from hiring women in rabbinic positions.

A statement adopted at the umbrella Orthodox synagogue association’s board meeting last night and obtained by JTA states that while the O.U. prohibits synagogues from hiring women as clergy, the four synagogues that already employ women clergy will be allowed to remain members without making any changes.

A fifth synagogue also employs an ordained Orthodox woman, but seemingly not in a position the O.U. considers to be clergy.

“Each of the four shuls has had female clergy in their employ for a considerable period of time – and certainly well before the issuance of the Rabbinic Responses and the OU Statement,” the board statement read, referring to the women clergy ban adopted last year. “Moreover, we are
taught that communal unity and darchei shalom [Hebrew for ways of peace] are significant core Jewish values that must be weighed, advanced and nurtured.”

Last February, the O.U. adopted a policy, based on a rabbinic committee’s ruling, saying that while there is a place for women at synagogues to teach Torah, hold professional leadership positions and advise on certain Jewish legal matters, Jewish law prohibits women from filling a role akin to a pulpit rabbi.

“The formal structure of synagogue leadership should more closely reflect the halakhic ethos,” the decision read, using a Hebrew term for Jewish law. “For the reasons stated above, we believe that a woman should not be appointed to serve in a clergy position.”

Representatives of the O.U. later met with each of the synagogues that have female clergy hoping to persuade them to comply in some way with the ruling. The synagogues, however, have not changed the titles or job descriptions of their women clergy.

The O.U. will take no action against the synagogues that employ the women, although the statement says that “this determination is not – and should not be viewed – as an endorsement of such arrangements.” The group will continue to negotiate with the synagogues to find common ground on the issue for three years. After that, the O.U. will re-evaluate the decision.

All four leaders in question are graduates of Yeshivat Maharat, a liberal Orthodox seminary here that ordains women as clergy. The maharat title, which was coined by the seminary’s founder, Rabbi Avi Weiss, is a Hebrew acronym for “Jewish legal, spiritual and Torah leader.” In practice, graduates take a range of titles, including rabba and rabbanit.

“The ordination of women has unquestionably been a positive development for Orthodox Judaism and Yeshivat Maharat is proud to be at the forefront of recruiting the best and the brightest in our community into the ranks of leadership,” Rabba Sara Hurwitz, the dean of Yeshivat Maharat, said in a statement. “The work our graduates are doing is within the scope of Jewish law and we will continue to provide a pathway to women who want to serve as spiritual leaders and share their Torah knowledge with their communities through our rigorous and comprehensive curriculum.”

The O.U. statement added that other synagogues, while they are encouraged to hire women in professional positions, should not hire women as clergy. It suggested that synagogues that seek to do so should reconsider their membership in the Orthodox Union.

“As a condition of continued membership, all current O.U. synagogue members will be expected to adhere to O.U. standards,” the board statement reads, adding later that “we intend to continue a process of dialogue and exploration to identify and evaluate approaches to maximize the participation of women within the ranks of synagogue professionals in a manner consistent with the Responses of our Rabbinic Panel, and communal needs and sensitivities.”

Maharat Ruth Friedman, who works at the Orthodox Ohev Sholom synagogue in Washington, D.C., said she was not pleased with the decision. While it means her job is safe, she is unhappy that it bars other women from having the same opportunity.

“I don’t feel a sense of relief,” she told JTA on Wednesday. “I consider myself part of a great institution and I have a strong camaraderie with all of my colleagues from Yeshivat Maharat. “Grandfathering me into the seat but not opening the door to future opportunities for my colleagues, this does not bring a sense of relief. It’s very upsetting. 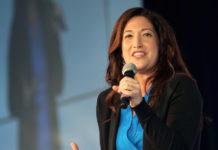 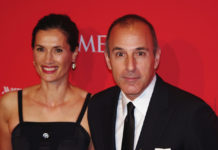 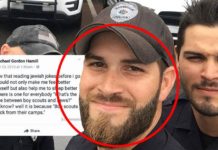 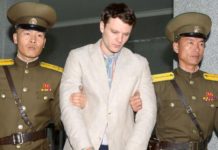