Home Anti-Semitism Everyone Loved This French-Muslim Singer on ‘The Voice’. Then They Read Her...
Share on Facebook
Tweet on Twitter
In a deeply divided nation that is still reeling from a toxic presidential election last spring, as well as jihadist and racist attacks, Mennel Ibtissem’s performances offered a rare vision of hope.

The blue-eyed Muslim woman sang Arabic and French-language renditions of Leonard Cohen’s “Hallelujah” on national television in France while wearing a head cover. She was a favorite on the French edition of “The Voice” talent and reality show, seeming to embody the values of coexistence and tolerance in a country with a notorious integration problem.

But in a repeat of recent scandals involving ambassadors for diversity in Europe, Ibtissem’s social media activity showed a different side of her — one that spread pro-Palestinian propaganda, conspiracy theories and accusations that the French state, not jihadists, is responsible for terrorism.

It was that last remark, posted by the 23-year-old singer on social media in 2016, that prompted the TF1 television network to consider disqualifying Ibtissem from the show.

“We cannot keep on the show a person who made illegal statements,“ a network spokesman told television host and journalist Jean-Marc Morandini on Tuesday.

In her 2016 remarks Ibtissem, the show’s first contender to perform while wearing a Muslim head covering, wrote following the murder of a priest in Saint-Etienne-du Rouvray by an Islamist that “the real terrorist[s] are our government.”

The same year, one day after a jihadist terrorist attack in Nice in which 86 people died, she seemed to peddle a popular conspiracy theory that Muslims are being framed for false-flag attacks.

“It’s becoming a routine: An attack each week!! And sure enough, the ‘terrorist’ takes with him his identity CARD. Of course, when planning a dirty you always take papers! #DontTakeUsForFools,” she wrote on Facebook.

In a separate post in 2016, Ibtissem said her country has “a shitty society,” that she is “sick of the French system” and that she’s “eager to get the hell out of here.”

Henda Ayari, a French feminist and author who grew up in a Muslim family, said L’Affaire Mennel indicates an eagerness in the French media and beyond to seek the semblance of tolerance rather than the real thing.

“Wearing a veil does not make one a saint, modesty needs no veil, beauty needs no pretty face to shine, external beauty does not mean internal one. Never rely on appearances, they’re deceiving,” Ayari wroteTuesday on Twitter about Ibtissem.

The debate about Ibtissem comes on the heels of a similar brouhaha surrounding the hiring by the French cosmetics firm L’Oreal of a British Muslim woman to model a line of hair products.

Initially celebrated as a milestone for diversity, Amena Khan’s contract fell apart following the discovery of statements she wrote about Israel. In 2014 she tweeted that the country is an “illegal and sinister state.” She also labeled Israel a “child murderer” that Allah will ultimately defeat.

In September, L’Oreal dropped the British model, DJ and transgender activist Munroe Bergdorf for racist comments against white people. Following last year’s far-right rally in Charlottesville, Virginia, Bergdorf said that “All white people are racist,” adding, “Honestly I don’t have the energy to talk about the racial violence of white people any more. Yes ALL white people.”

In February, a Muslim baker in the Netherlands, Rachid el Hajoui, who moved many viewers in his country with his televised plea for coexistence and acceptance, was found to have called in the past for a genocide against Jews.

“Hitler was nothing compared to the Israelis. Someone would had to finish his work 60 years ago,” he wrote on Twitter in 2014, adding, “Only answer to Israel is total extermination, annihilate the cockroaches #1945 #WeHateIsrael.”

Coming from a “Voice” favorite — the panel of judges unanimously celebrated her performance of the Cohen song as “moving” and “sincere” —  Ibtissem’s past remarks hit a sour note for many in France, not least for relatives of the Nice victims.

The National Bureau for Vigilance Against Anti-Semitism, or BNVCA, joined many other anti-racism groups in condemning Ibtissem and demanding she be taken off the air.

“The candidate’s beauty and charm, her talent, must not in any way serve as a pretext for the television channel,” the organization said in a statement. “Mennel cannot serve as a role model for uninformed fans. She is not a good role model, she is not a good choice, she is dangerous.”

BNVCA also noted a 2015 video of a song she wrote and performed titled “Smile Palestine,” in which she sings of “a life of despair” for the Palestinians amid “slaughter of mothers, fathers, little sisters and little brothers.”

Reacting to the controversy Ibtissem, an English teacher in training who was born in France to a Syrian father and an Algerian mother, wrote on Facebook that her statements about terrorism had been “taken out of context” and “do not reflect any of my views.”

She did not attempt to re-contextualize her remarks, but added that she was born in France.

“I love my country, and of course I wholeheartedly condemn terrorism, which was the reason for my fury: How can you imagine that I would defend the indefensible!” Ibtissem wrote.

She said her message is one of “love, of peace and tolerance and the proof of this is to sing Hallelujah by Leonard Cohen – a song that illustrates perfectly the message that I wish to express as an artist.”

But her Arabic-language rendition of Cohen’s song shows she took some artistic licenses with that message, according to the Tribune Juive weekly. Whereas the French-language translation of the song’s first verse was faithful to the English origin, Ibtissem proceeded to sing in Arabic a verse that stripped away its sensual language and unmistakably sexual allusions.

The verse was written years ago by a singer from Kuwait, Muhamad Al Hussayn, who is known for setting Islamic proselytizing lyrics to Western pop melodies. It exchanges Cohen’s iconoclastic musings about King David’s lust for Bathsheba and female sexuality with the story of a man who was “surrounded by darkness” until he found God.

A Tribune Juive author, in an unsigned op-ed, wrote that the altered version went to the heart of the controversy surrounding Ibtissem.

“To the uninitiated French public, Mennel began to sing a poetic story drawing on Psalms and King David, who ruled a Jewish kingdom in Jerusalem,” the op-ed read. “But to her many followers who speak Arabic, this artist had a very different religious message.” 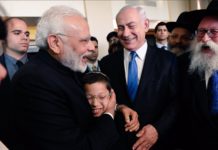 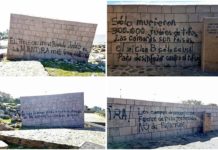 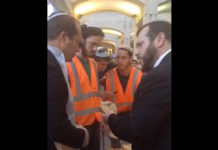 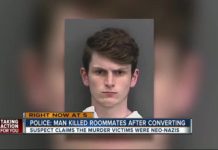 Chuck Schumer: Orthodox Jews Should Do More to Call out Trump for Failing to Condemn Neo-Nazis
Next

WATCH: The Youngest Schindler’s List Survivor Tells Her Story to the U.N., Gets Standing Ovation