“The BDS movement is a legitimate, peaceful, nonviolent movement trying to push the Israeli government to abide by international law, and trying to struggle for a peaceful solution in Palestine and in the Middle East,” Parliament member Bjornar Moxnes said Friday in an interview with the Middle East Eye.

Moxnes, who heads Norway’s far-left Red Party, which he says works to achieve social justice in Norway and internationally, told the news outlet that said the nomination has received overwhelming support from inside Norway and “people all over the world who struggle for peaceful and just solution between Israelis and Palestinians,” and acknowledged negative reactions from advocates for “the right-wing extremist government of Israel.”

He said his position on the Israeli-Palestinian conflict “is completely free of anti-Semitism.”

In the announcement earlier this month of his nomination of the BDS movement, Moxnes wrote: “Awarding a Nobel Peace Prize to the BDS movement would be a powerful sign demonstrating that the international community is committed to supporting a just peace in the Middle East and using peaceful means to end military rule and broader violations of international law.

“My hope is that this nomination can be one humble but necessary step towards bringing forth a more dignified and beautiful future for all peoples of the region.” 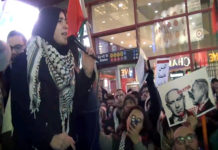 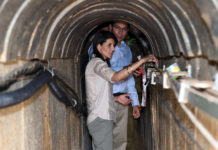 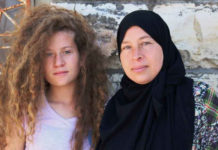 Son of Holocaust Survivor Named President of Harvard (VIDEO)
Next