Home American Jewish News WATCH: Nikki Haley Slams Palestinian Authority ‘I Will Not Shut up’ as...
Share on Facebook
Tweet on Twitter
US ambassador to the United Nations,Nikki Haley, made it clear to Palestinian Authority President Mahmoud Abbas and his delegation that that the Trump administration will not change its position on to move the US embassy in Israel to Jerusalem.

I “will not shut up,” she steadfastly proclaimed after Chief negotiator of the Palestinian Authority,  Saeb Erekat recently told her that she needs to “shut up”   with her criticism of Mahmoud Abbas.

“I will decline the advice I was recently given by your top negotiator, Saeb Erekat. I will not shut up. Rather, I will respectfully speak some hard truths,” She said.

Her strong words at the UN Security Council were not heard by Abbas, who chose to leave the room as she was about to begin her remarks in response to his address to the Security Council only moments earlier. stine Liberation Organization on the terror watch list.

Haley was joined by Trump’s Middle East envoy Jason Greenblatt and White House senior adviser and Trump’s son-in-law, Jared Kushner.
“You can choose to put aside your anger about our embassy and move forward with us,” she said. “Our negotiators are sitting right behind me ready to talk, but we will not chase after you,” she said, referring to Kushner and Greenblatt.

Haley said about the U.S. recognition of Jerusalem as Israel’s capital: “You don’t have to like that decision, you don’t have to praise it, you don’t even have to accept it, but know this that decision will not change.
“I expected Mr. Abbas to stay with us and have a dialogue, unfortunately he’s once again running away,” Israel’s ambassador to the UN Danny Danon said.

“Look what just happened in this room. Mr. Abbas came in, he put his demands on the table, and he left, and he’s expecting you to deliver the results. It’s not going to work that way. The only way to move forward is to have direct negotiations between Israel and the Palestinians,” Danon said.

“Mr. Secretary-General. I expected Mr. Abbas to stay with us and have a dialogue. Unfortunately, once again he is running away,” Danon said.

“Look what just happened in this room. Mr. Abbas came in, he put his demands on the table and he is expecting you to deliver the results. It’s not going to work that way.

“Today once again, rather than driving just 12 minutes between Ramallah to Jerusalem, he has chosen to fly 12 hours to New York to avoid the possibility of peace,” Danon said as he scolded Abbas for what he said was a persistent refusal to engage in peace talks with Israel.

“Mr. Abbas, you have made it clear, with your words and with your actions that you are no longer part of the solution. You are the problem,” he said to Abbas, despite the fact that he had left the chamber in protest at the beginning of Danon’s remarks. 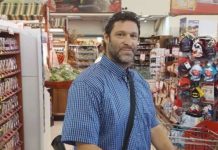 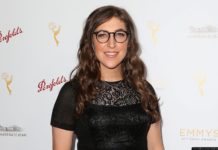 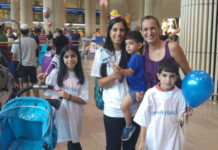 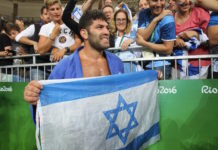