Nikki Haley, the U.S. ambassador to the United Nations, and Mike Pompeo, the secretary of state, jointly announced the pullout on Tuesday evening.

“The Human Rights Council is an exercise in shameless hypocrisy,” Pompeo told the media at the State Department.

Haley said the decision came after her “good faith” effort to reform the body was obstructed by others.

The body “was not worthy of its name,” she said.

The decision split those who, like Haley and Pompeo, said the council’s negative focus on Israel rendered it irrelevant and others, including human rights groups and Jewish lawmakers, who said the U.S. presence was an important voice calling out abuses around the world.

“The U.S. decision to leave this prejudiced body is an unequivocal statement that enough is enough,” he said in a statement.

Two human rights advocacy groups with close ties to mainstream Jewish groups, Human Rights First and the Jacob Blaustein Institute for the Advancement of Human Rights, joined a letter sent to Pompeo criticizing the Trump administration for leaving the council.

“Forfeiting the U.S. seat on the U.N. Human Rights Council only serves to empower actors on the council, like Russia and China, that do not share American values on the preeminence of universal human rights,” said the letter initiated by Freedom House.

In addition to the body’s disproportionate focus on Israel, successive U.S. administrations have objected to the presence of human rights abusers on the council.

Haley, warning earlier this month of the likelihood of a U.S. withdrawal, said the presence of noted abusers was a sticking point.

“Being a member of this council is a privilege, and no country who is a human rights violator should be allowed a seat at the table,” she said.

Current members of the council noted for their oppressive policies include Saudi Arabia, China and Venezuela.

The George W. Bush administration refused to join the council when it was established in 2006 as a successor to the U.N. Commission on Human Rights. Kofi Annan, the secretary-general of the United Nations at the time, pushed for the replacement body in part to address similar concerns about the commission, but the council soon replicated the pattern of emphasizing criticism of Israel and allowing abusers to join. The U.N. General Assembly selects countries to serve three-year terms on the Human Rights Council.

The Obama administration joined the council, arguing that its presence was a more effective means of defending Israel on the council and of addressing human rights abuses elsewhere.

Some pro-Israel groups have pressed for a U.S. departure from the council because of its excesses. Others have criticized the council but quietly supported a continued U.S. presence to maintain U.S. influence as a counter to the anti-Israel agenda.

“We applaud Ambassador Haley’s move and urge other democracies should follow the U.S. lead and leave the UNHRC as well,” it said in a statement.

B’nai B’rith International, which like the Wiesenthal Center is a U.N.-recognized nongovernmental organization, did not praise the departure in its statement but said it should serve as a “wake-up call.”

“The United States’ decision to withdraw from the United Nations Human Rights Council presents the international organization with an important opportunity for dramatic and urgently needed reform, as the steady politicization of the body has rendered it largely irrelevant at best and a destructive actor at worst,” B’nai B’rith said. “Perhaps the U.S. withdrawal from the UNHRC will serve as a wake-up call for all U.N. agencies to begin a process of systemic reform, in order to return the organization to its original mission and principles of equity and fairness.”

Human Rights Watch said the departure was sacrificing an important U.S. voice against abuse in order to defend Israel.

“The Trump administration’s withdrawal from the Human Rights Council is a sad reflection of its one-dimensional human rights policy in which the US defends Israeli abuses from criticism above all else,” it said in a statement. “By walking away, the US is turning its back not just on the UN, but on victims of human rights abuses around the world, including in Syria, Yemen, North Korea and Myanmar. Now other governments will have to redouble their efforts to ensure that the council addresses the world’s most serious human rights problems.”

At least two Jewish Democrats in the U.S. House of Representatives spoke out against the departure while noting the council’s bias.

“The United Nations Human Rights Council ignores some of the most egregious human rights abuses in the world, and its membership includes notorious human rights violators,” said Rep. Ted Deutch, D-Fla., the senior Democrat on the House Middle East subcommittee. “The council also wrongly and obsessively focuses on our ally Israel. Unfortunately, none of that will change if we are not at the table to lead the reform efforts.”

Rep. Nita Lowey, D-N.Y., the top Democratic appropriator in the House, said the departure was another example of President Donald Trump’s isolationism.

“By leaving UNHRC, we will not improve its behavior, rather the U.S. will lose its ability to influence the foreign body’s agenda and retreat from its role as a world leader on human rights,” Lowey said in a statement.

Rep. Ileana Ros-Lehtinen, the chairwoman of the Middle East subcommittee, praised the decision.

“For far too long, the council has been a platform used by the world’s worst human rights violators to shield themselves from criticism of their abysmal records while attempting to isolate and delegitimize the democratic Jewish State of Israel,” said Ros-Lehtinen, who has long counseled withdrawal from and defunding of the UNHRC. 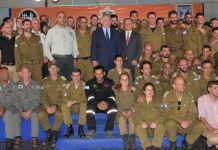 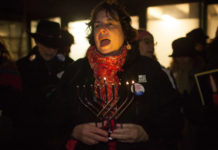 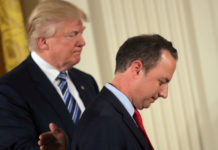 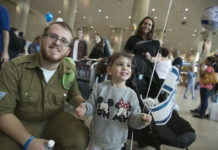