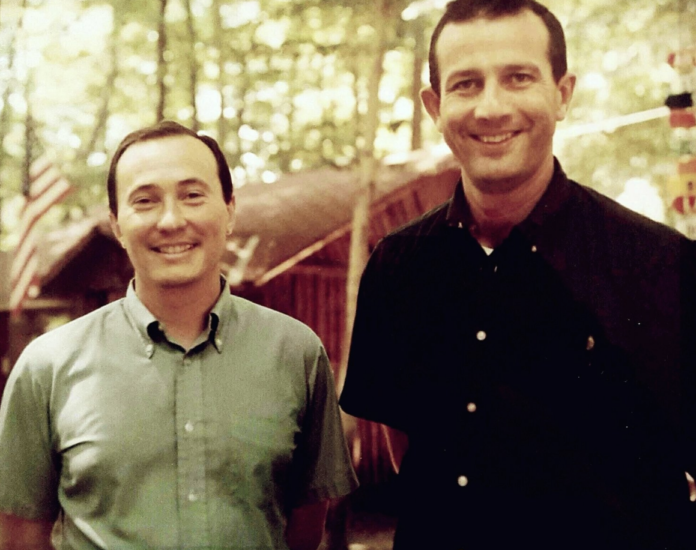 Pictured above: Neal Schechter (left) and Larry Stevens, co-founders of Camp Walden in Cheboygan, Mich., are pictured here at the camp during its inaugural season in 1960. Credit: Courtesy of Liz Stevens.

It has been almost a year since I stood before a couple hundred people and delivered my father’s eulogy. My dad, for nearly 50 years the director of the summer camp he co-founded in northern Michigan, died last March at 86. His mourners that day spanned every decade of his work, from septuagenarian former campers to 20-something ex-counselors. Every single one, predictably, had a “Larry story” to tell.

But as fate would have it, I was the one standing at the dais preparing to tell my father’s story, and in some ways, my own. After all, I was the camp director now.

The year was 1960. In Camp Walden’s inaugural season, my dad Larry Stevens and his business partner, Neal Schechter, drew their first campers from heavily Jewish neighborhoods in Detroit. Their strengths during the summer were complementary—avuncular Neal ran the office, calming homesick campers and anxious parents, while intimidating Larry trained and oversaw the staff. If you worked at Walden, intimidating Larry was your boss.

Like Zeus upon Olympus, Larry sent thunderbolts of anger raining down on misbehaving counselors. He could bring staff to tears by simply pushing his dark glasses halfway down his nose and glaring over the rims. His sixth sense of late-night shenanigans flummoxed counselors who were caught red-handed. The five most-feared words at Walden? “Larry wants to see you.”

As a child, I had a vague understanding that “Larry the camp director” was NOT “Larry the father,” who gave us bellybutton raspberries and walked around the house singing Frank Sinatra tunes. But I was not complaining. Being “Larry’s daughters” conveyed goddess-like privileges to my sister and I—privileges that were both spectacularly unfair and utterly fascinating to other campers. Counselors doted on us. The coolest oldest girls proffered piggyback rides and hair braiding-sessions. We lived these charmed summers building sandcastles at our mom’s feet during “general swim” and residing in our lakefront cottage. We took baths, ate bowls of ice cream and watched cartoons—all the while getting to “go to camp,” too.

My feelings toward this birthright grew more complicated as a teenager. By then, my sister and I were spending our summers as “regular campers.” For the most part, we ignored our parents and they ignored us. My father’s typical acknowledgement was a barely discernible nod in my direction. My mother wrote us letters that came to us at “mail call,” just like everyone else. I was thrilled to go incognito, but my friends? They couldn’t resist. Especially when one simple line could free up the box hockey game and send a group of obnoxious 11-year-old boys running: “Do you know who her father is!?”

As a college student, I spent my final summers at camp as a head counselor, working closely with my dad. By then I knew that most of the stories about Larry were slices of camp lore that grew juicier over time. I had spent years watching my dad as the camp director. I knew that his purest joy was seeing children laughing, playing and learning. I knew he was a fierce protector of the unspoiled nature that Walden inhabited. I knew he was creative and empathetic, a purveyor of unexpected generosities and a mentor to young adults struggling to find a path. I knew that he delighted campers and staffers with his Jimmy Durante impressions and spontaneous harmonica solos. My dad was legendary. I could never be him.

My last year as a head counselor was 1989. Graduate school extended through the next summer, and then I launched a career that had nothing to do with camping. I moved to Chicago, then to Texas. I visited camp every summer and basked, like most alumni, in the nostalgia. By then, Neal had retired, and my parents were the sole directors. It was hard work.

“You sure you don’t want to be a camp director?” my father would ask every so often, knowing I’d smile and shake my head, rejecting his premise.

When I married Scott, a Texan, I promised him we would never be in the family business—spending freezing winters in Michigan was not on his bucket list. Still, I brought him to Walden each summer. “You know, Scott would make a great camp director,” my dad said. Larry was in his 70s now. Rumors swirled about what would become of the camp. My mom was ready to retire. I tried to ignore all of it. I was happy with my career, as was Scott with his.

Then, six months after a 2005 reunion with camp friends, I awoke one morning mid-epiphany. Lurching upright in bed, I blurted it out: “We have to do camp!”

“Do” camp? Scott knew exactly what I meant. With little to no prodding, he agreed to join me on this new path. Modern technology like email negated the previous need to live in Michigan year-round while running the business. During the school year, we made regular trips during to visit potential Midwest campers. In the summer, we’d escape the oppressive Texas heat, spending 10 weeks as assistant camp directors in beautiful northern Michigan.

Much of it was, and still is, a dream job. Working with Larry was like getting a master’s degree in camp management. It also had its challenges. Scott and I brought new ideas to the table: introduce online applications! Ban hand-held video games! My father’s reactions ranged from skepticism to one-word “no” dismissals.

How this would have worked itself out, I don’t know. In the fall of 2008, my mother suffered a freak accident that left her quadriplegic. Scott and I went from part-time assistant directors to full-time directors overnight. We were now the guardians of the Walden legacy—past, present and future. My father never made another camp-related phone call after that day. He visited a few times, but he had a bad foot and complained about the five-hour drive to camp. He would start forgetting the names and faces of his longtime staffers.

Yet Larry would never leave Walden, nor would Walden lose Larry. He’s still there in the songs, the majestic willow trees he planted and the wildflowers he protected. I didn’t need to tell that to the Walden campers and staffers who attended his funeral service. Their Walden will always be suffused with Larry.

I’ve made peace with the reality that I’ll never be who my dad was. But gratefully, because of my father, I am a camp director. 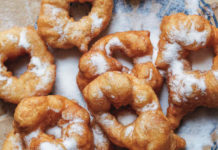 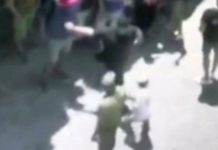