The tweet reads: “It was deeply meaningful to visit the holiest site of my faith and to leave a note of prayer.”

Ivanka Trump is a convert to Judaism.

It was deeply meaningful to visit the holiest site of my faith and to leave a note of prayer.
? Associated Press (AP) pic.twitter.com/9xzpZQywL2

Ivanka, the 36-year-old daughter of President Donald Trump, was raised Presbyterian but converted to Judaism eight years ago in an Orthodox rabbinical court in New York, where she adopted the Hebrew name Yael. Ivanka married Jared Kushner, a real estate investor from a prominent New Jersey religious family who now serves as President Trump’s senior advisor.

During his campaign, Donald Trump said, “I have a Jewish daughter. This wasn’t in the plan, but I’m very glad it happened.” Together, Ivanka, Jared and their 3 children, live an Orthodox Jewish lifestyle.

This is not the first time Ivanka tweeted a Jewish related post. In December, she Trump tweeted a photo of her family lighting their menorahs on the first night of Chanukkah.

This year is one of the rare and special occasions where Hanukkah and Christmas coincide. Merry Christmas & Happy Hanukkah! #happyholidays pic.twitter.com/uHYsdgdc08

In March 2015 Vogue interviewed Ivanka about what being Shabbat observant means to her.

“I always shied away from it being a public conversation because it’s such a personal thing… We’re pretty observant, more than some, less than others. I just feel like it’s such an intimate thing for us… It’s been such a great life decision for me. I am very modern, but I’m also a very traditional person, and I think that’s an interesting juxtaposition in how I was raised as well. I really find that with Judaism, it creates an amazing blueprint for family connectivity.” Ivanka said on becoming an Orthodox Jew.

“We observe the Sabbath. From Friday to Saturday we don’t do anything but hang out with one another. We don’t make phone calls.” Ivanka said.

“Ivanka’s such a type A. She just gets it done. But she said, ‘If we’re going to do Shabbos, I’m going to cook.’ She never cooked before in her life, and became a great cook. So for Friday, she’ll make dinner for just the two of us, and we turn our phones off for 25 hours. Putting aside the religious aspect of it; we live in such a fast-paced world.” Her husband Jared chimed in.

Ivanka: “It’s an amazing thing when you’re so connected, to really sign off. And for Arabella to know that she has me, undivided, one day a week? We don’t do anything except play with each other, hang out with one another, go on walks together. Pure family!”

A week before the November 8th election, Ivanka Trump and her husband Jared Kushner, visited the Lubavitcher Rebbe’s Ohel to get a good blessing for the election. 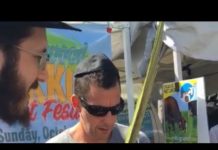 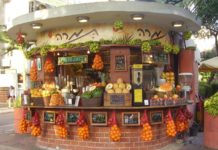 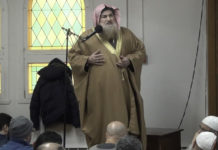 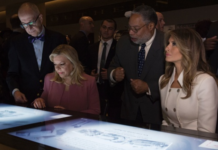