Home Breaking News WATCH: Gov. Mike Huckabee Visits Joseph’s Tomb, Complains About Difficulty of Access...
Share on Facebook
Tweet on Twitter
Former Governor of Arkansas Mike Huckabee, a close friend of President Donald Trump visited Joseph’s tomb on Sunday night and complained about the fact that Jews had to visit the tomb of their forefather “in the dead of night, under armed guard, with the smell of tear gas in the air, burning tires along the route.” Joseph’s Tomb is under under PA control.

“It is an amazing experience to have to come to this type of difficulty just to be able to come to a holy site for Jews and frankly even for Christians, who pay tribute to Joseph,” said Huckabee.

“To have to do it in the dead of night, under armed guard, with the smell of tear gas in the air, burning tires along the route, it’s a stark reminder to how different it is in the heart of Israel, where the Israeli government protects every Muslim that accesses their holy site,” Huckabee continued.

“In Judea and Samaria Jewish people do not have unhindered access to holy sites without having to go to extraordinary lengths in order to be able to access these places for prayer,” Huckabee said befuddled.

Huckabee’s visit to Joseph Tomb came amidst reports that Muslims were escalating attacks and trying to set get cose enough to burn Joseph’s tomb. 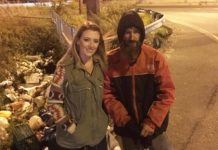 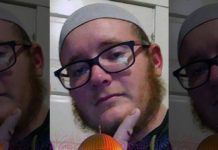 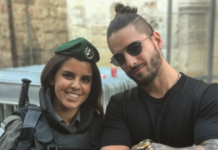 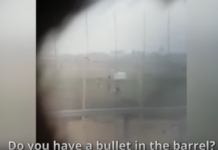