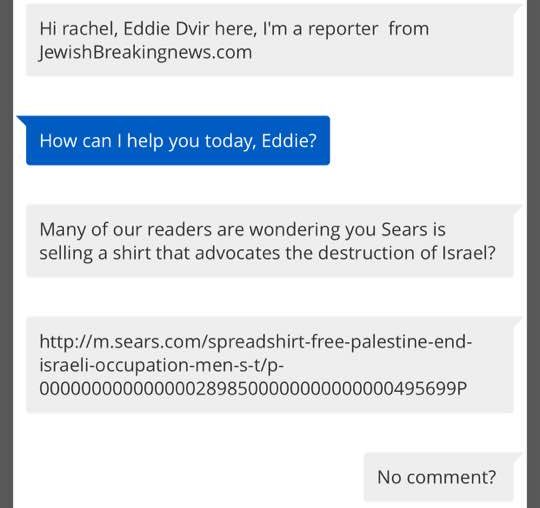 UPDATE: JBN contacted Sears about selling ‘Free Palestine, End Israel Occupation’ clothing apparel on their website. A customer relations agent named Rachel was asked about the offensive apparel and did not seem to have any information, she recommended calling “Sears corporate”. JBN asked for the matter to be escalated to a floor supervisor. The matter was elevated to floor supervisor Dorman, who said that they are working with their technical team to remove the offensive items and that they would be down within a few hours. below is the entire chat with the Sears customer relations agent and the floor supervisor. 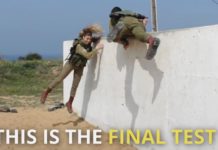 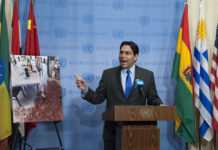