Omri Moshe Casspi, is an Israeli professional basketball player for the Golden State Warriors of the National Basketball Association (NBA). He is 6 ft 9 in tall, and plays the small forward position, but he can play also at the power forward position.

According to an ESPN report, the 29-year-old Israeli sharpshooting forward passed up a one-year offer of $4.5 million from an undisclosed lottery team to play for the Warriors at the veteran minimum of $2.1 million. That’s right, less than half the money he could have gotten elsewhere.

But winning is a powerful allure, and Casspi yearns to experience it. Even though he was a product of the same draft class as Stephen Curry in 2009 (23rd overall pick), he has never taken part in an NBA playoff game. An eight-year vet who has played in 499 regular-season games, he has never been part of a winning team.

So when the Warriors came calling to express their interest, it was a pretty easy call for Casspi to accept despite the money disparity.

“One thing me and my agent talked about was being part of this organization’s culture and win,” said Casspi. “I’m happy to have the opportunity here.”

Casspi made a brief stop-off at the Warriors’ practice facility Wednesday before heading back to his home in Tel Aviv, Israel, where he is preparing to play for his country’s national team in the FIBA EuroBasket tournament.

Having joined the team, Casspi toured the Warriors’ practice facility in Oakland on Wednesday, where he had the opportunity to see his new number 18 (CHAI) jersey.

“From the moment they called, this is where my heart wanted to be, and I’m happy we made that decision,” said Casspi

That decision apparently went over quite well in Israel, too.

“The country was going crazy, I know that,” Casspi said. “The Warriors are like rock stars there in a sense, so the people are really excited and I’m really excited. I feel like it’s going to be a great fit and I can’t wait to start.”

The Warriors, to be sure, hope to tap into the Casspi talent that electrified Oracle Arena two seasons ago in a Dec. 28, 2015 game against the Sacramento Kings. Casspi made 13 of 18 shots in a 36-point performance, including 9 of 12 3-point attempts. He wasn’t just toeing the line, either. Many of his long-range shots were unleashed from well beyond the arc.

“It was fun, it was one of those moments that doesn’t happen often, that you make shots and then you have a guy like Steph coming right back and doing it even better,” he said. “It was definitely a night to remember, and I hope to relive it back again.”

Casspi added that he has a chip on his shoulder to prove the kind of player he can be off the bench, and he believes the Warriors’ system is the perfect ticket to his rebirth.

“I believe this team plays in a way that really fits my game,” he said. “Going into free agency, this was one of the things I looked at. I want to run, I want to shoot 3s. I want to do whatever it takes to help – play tough defense, shoot open shots, move the ball from side to side … just do the stuff I do.”

Mercury News and Wikipedia contributed to this article 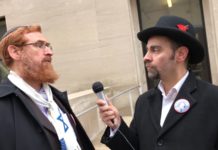 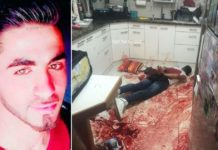