The anti-Zionist organization Jewish Voice for Peace (JVP) had coordinated the “interfaith delegation” to Israel. When the group attempted to check in for a Lufthansa flight to Tel Aviv at Dulles International Airport, they were informed the Israeli government had ordered they not be allowed to board.

“We were told at check-in that the airline has a letter from the Israeli government saying we are not allowed to fly to Israel.

I wasn’t even able to get as far as checking my bag,” said Wise, according to a JVP statement. She added, “I’m heartbroken and outraged.”

Israel’s move falls in line with the Knesset legislature’s recent approval of a bill forbidding BDS activists from entering the Jewish state. 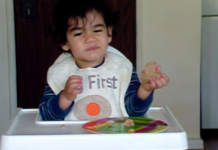