A spokesman for GoDaddy, Dan Race, said the decision to drop the neo-Nazi site came following an article on the site about Heather Heyer, who was killed when a neo-Nazi supporter rammed his vehicle into a crowd of counter-protesters in Charlottesville.

“Given their latest article comes on the immediate heels of a violent act, we believe this type of article could incite additional violence, which violates our terms of service,” Race said in an emailed statement, The Associated Press reported.

While GoDaddy isn’t the host of The Daily Stormer, meaning it doesn’t host the website’s content, it does supply the site’s domain name.

The Daily Stormer takes its name from the Nazi-era newspaper Der Stürmer. The site, which promotes white supremacism and nationalism, features sections called the “Jewish problem” and “race war.”

Earlier this year, the website’s founder, Andrew Anglin, was the target of a lawsuit by a Montana Jewish woman who claims the site published her personal information that led to hateful and threatening messages. 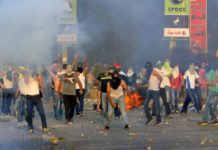 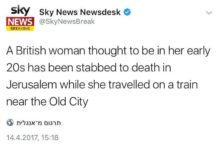