Palestinian officials stated that the delegation—led by President Donald Trump’s son-in-law and senior adviser, Jared Kushner—made the comments during a meeting with Abbas in Ramallah last Thursday, indicating that the Palestinian demand for an Israeli construction freeze as a precondition for resuming direct peace negotiations is off the table, reported the London-based Arabic daily newspaper Al-Hayat.

“This is nonsense,” said a senior White House official, The Times of Israel reported. “These comments were never made.”

The U.S. delegation also purportedly informed the Palestinians that it would work towards advancing economic, security and diplomatic collaboration between the sides before initiating direct peace talks.

Further, Israel’s Channel 10 reported Saturday night that the Palestinians informed the American delegation that the PA policy of paying salaries to convicted terrorists and their families would continue, despite American and Israeli disapproval.

“The Palestinian Authority and the U.S. delegation had a productive meeting focused on how to begin substantive Israeli-Palestinian peace talks,” the U.S. and the PA said in a joint statement issued after the Ramallah talks. “Both sides agreed to continue with the U.S.-led conversations as the best way to reach a comprehensive peace deal.”

Prior to meeting with Abbas, the American delegation met with Netanyahu last Thursday afternoon, with Kushner stating at the gathering that the U.S.-Israel relationship “is stronger than ever.” 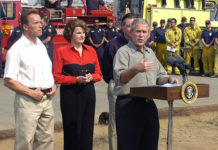 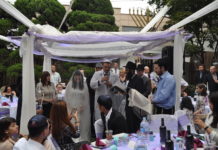