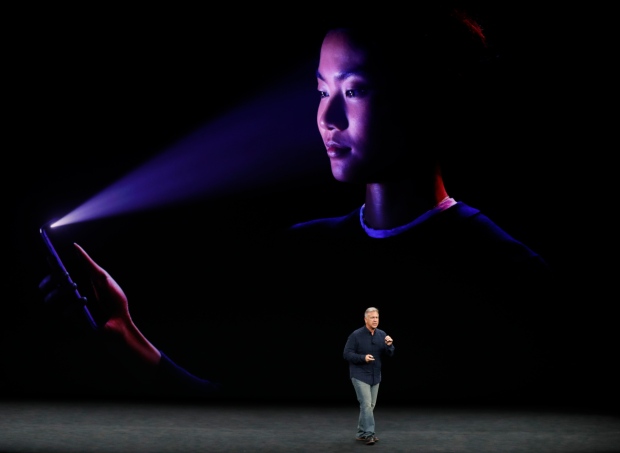 Apple Inc. showcased its latest iPhones — the iPhone 8, iPhone 8 Plus and iPhone X — on Tuesday in a much anticipated product unveiling held for the first time at the Steve Jobs Theater at its Cupertino, California.

The iPhone X has a 5.8-inch OLED screen, which fills the entire front of the device. Apple has removed the iconic home button to make way for the display, replacing it with facial recognition software called Face ID.

An update of the company’s signature gadget, now in its 10th year, was the most anticipated part of the keynote address, and it could have big ramifications for the smartphone industry as a whole.

Apple users who were squeamish about handing over their fingerprints now face an even more personal proposition: unlocking their smartphones with their faces.

With Face ID, which Apple announced Tuesday, an iPhone X user simply holds up the device and it recognizes his or her face.

“Nothing has ever been simpler, more natural and effortless,” said Phil Schiller, Apple’s senior vice president of worldwide marketing. “Face ID is the future of how we unlock our smartphones and protect our sensitive information.”

Convenient, but perhaps a bit creepy? Here’s how it works.

The system relies on an advanced suite of tech packed into the front of the new phone. It involves an infrared camera, flood illuminator, front camera, dot projector, proximity sensor and ambient light sensor.

The dot projector beams out more than 30,000 invisible infrared dots, and the infrared camera captures an image.

Apple uses the infrared image and dot pattern and pushes them through neural networks to create a mathematical model of your face, and then it checks that mathematical model against a stored image captured earlier. Once it detects a match, the phone unlocks.

But perhaps the biggest shock about the new iPhone is the almost $1000 sticker price.

Local university student Lyra Xu had been hearing rumors for months that the latest “would be the most expensive iPhone in history, so I wasn’t shocked.”

Her fears were confimed Tuesday morning at the Apple Store at the Third Street Promenade in Santa Monica. She plans on sticking with her current iPhone, unable to justify spending more on a phone than she has for a laptop.

Reggie Williams, a 32 year old computer programmer and Los Angeles resident was less reluctant — but only if he buying it allows him to justify getting rid of some other electronics.

“If I can own it and feel I don’t need my laptop or a tablet, I would be willing to consider it. Still that’s a lot of money.”

There were, however, others willing to shell out for an iPhone X.

“One of these days I’ll get over needing to have the new toy right away,” said Ryan Bennett, an associate at a Los Angeles law firm. “Not there yet.”

The new iPhone X has a new feature called Animoji. It uses your face to create animation or video message of a emoji. It uses the TrueDepth Camera which is also used by Face ID to get the expression from your face and create a animation from that. It can be used in Apple iMessage.

Apple.com, USA Today and LA Times contributed to this story. 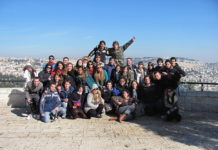