Home Breaking News WATCH: Terrorists on Jet Skis? Israeli Navy Trains for Potential Hezbollah Naval...
Share on Facebook
Tweet on Twitter
Israel’s Navy held a massive drill this week that included a simulated surprise attack by Hezbollah naval commandos on the Jewish state. The drill was part of an 11-day military exercise – the IDF’s largest in decades – to bolster preparedness.

One of the naval scenarios had Israeli sailors facing a swarm of Hezbollah terrorists on jet skis and small motorboats loaded with fighters, divers and suicide bombers headed for the Israeli coast or ready to attack Israeli vessels at sea.

Another scenario involved Hezbollah terrorists using jet skis to attack Israel without warning as a diversion from a major assault on Israel’s shores in other areas. Sailors also prepared for Hezbollah’s potential use of heavy rocket fire on the coast and its infiltration of Israeli communities near the border to kidnap civilians.

“This is absolutely a scenario that could open the next war in the north,” an IDF naval officer who participated in the drills told Yedioth Ahronoth.

“We want this kind of scenario to end at sea, even though we may have to take the fight against the threat to the shores,” he added. “The soldiers who acted as the enemy in the exercise also serve in the area, they know our weak spots, so this was an advantage for the training forces.” 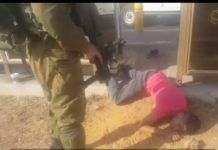 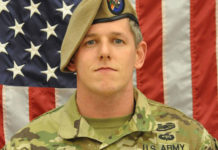 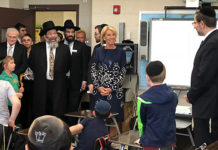