Home Breaking News Software Giant SAP Buys Israeli Start-up Gigya for $350M
Share on Facebook
Tweet on Twitter
SAP, the world’s fourth-largest software company, announced over the weekend it has acquired the Israeli start-up Gigya for $350 million in cash. The deal is expected to be finalized within the next few weeks.

The German multinational software giant data processing, whose name stands for “systems, applications and products,” has been active in Israel since 1998. The company is headquartered in Raanana and employs over 700 workers.

Gigya employs 100 people in Israel. Its core operation focuses on analyzing user data for large internet websites, and its clients include Fox News, Forbes, Pepsi and the NBA. Gigya’s technology is used by some of the largest media corporations to “get to know” their users by analyzing user habits, in the hope of cementing user loyalty.

Gigya has raised $104 million to date in seven financing rounds, the latest in November 2014. Gigya investors include Israel’s Vintage Investment Partners, Adobe, Intel Capital and Advance Publications, which owns the American mass media company Condé Nast. The company’s value in the last round was estimated at $300 million. 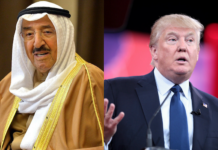