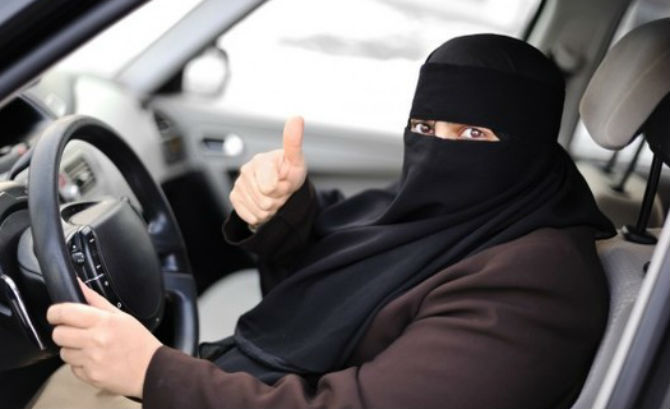 Saudi Arabia announced on Tuesday that it would allow women to drive, ending a longstanding policy that has become a global symbol of the repression of women in the ultraconservative kingdom.

The change, which will take effect in June of next year, was announced on state television and in a simultaneous media event in Washington. The decision highlights the damage that the no-driving policy has done to the kingdom’s international reputation and its hopes for a public relations benefit from the reform.

Saudi leaders also hope the new policy will help the economy by increasing women’s participation in the workplace. Many working Saudi women spend much of their salaries on drivers or must be driven to work by male relatives.

Saudi Arabia, home to Islam’s holiest sites, is a Muslim monarchy ruled according to Shariah law. Saudi officials and clerics have provided numerous explanations for the ban over the years.

Some said that it was inappropriate in Saudi culture for women to drive, or that male drivers would not know how to handle having women in cars next to them. Others argued that allowing women to drive would lead to promiscuity and the collapse of the Saudi family. One cleric claimed — with no evidence — that driving harmed women’s ovaries.

Rights groups have long campaigned for the ban to be overturned, and some women have been arrested and jailed for defying the prohibition and taking the wheel.

The momentum to change the policy picked up in recent years with the rise of Crown Prince Mohammed bin Salman, the king’s 32-year-old son, who has laid out a far-reaching plan to overhaul the kingdom’s economy and society.

Ending the ban on women driving is expected to face some resistance inside the kingdom, where families are highly patriarchal and some men say they worry about their female relatives getting stranded should their cars break down.

So-called “guardianship” laws give men power over their female relatives. Women cannot travel abroad, work or undergo some medical procedures without the consent of their male “guardian,” often a father, a husband or even a son.

Today, the last country on earth to allow women to drive #Women2Drive#Daring2Drive we did it 💪🏼❤️☺️ https://t.co/8x4LP2Gly8

While the enforcement of these laws has loosened in recent years, there is little to stop Saudi men from greatly limiting the movements of their wives or daughters.

The royal decree lifting the no-driving ban left open the question of whether women would need a male relative’s permission to obtain a driver’s license.

In recent years, many women have come to rely on ride-sharing apps like Uber and Careem to gain some freedom of movement.

Many of the kingdom’s professionals and young people will welcome the change, viewing it as a step to making life in the country a bit more like life elsewhere.

Manal al-Sharif, a Saudi women’s rights advocate who filmed herself driving in 2011 and posted the footage to YouTube to protest the law, celebrated the announcement on Tuesday.