Home American Jewish News Ukraine Arrests 3 Alleged Terrorists Accused of Targeting Jews in Uman
Share on Facebook
Tweet on Twitter
Ukrainian police arrested three men they said were terrorists who, in their efforts to pit ethnic groups against one another, also targeted Jews in the central city of Uman.

The men were arrested earlier this month at a border crossing while carrying explosives, according to the KP news site. Citing unnamed officials from the regional prosecutor’s office, the news site reported that the suspects were planning to blow up a monument for Hungarians in a bid to escalate tensions over legislation in Ukraine that outlaws the use of Hungarian at elementary schools.

The three suspects were also behind a string of anti-Semitic incidents, according to the report, including the hurling on Sept. 21 of a grenade at Jewish pilgrims in Uman, where 30,000 Jews convene each year on Rosh Hashanah to celebrate the Jewish holiday near the grave of Rabbi Nachman of Breslov.

They are also accused of dousing a synagogue in Uman with red paint in 2016 and leaving a pig’s head there – an incident that many people attributed to hatred of Jews and locals’ growing dissatisfaction with problems associated with the pilgrimage.

They are further accused of spraying the words “death to Jews” on the synagogue in Chernivtsi in November and trying to set fire to the synagogue in Lviv in July. The suspects denied these and other allegations.

Though prosecutors have not said this, the arrests prompted theories that the three suspects were working for Russia to exacerbate social tensions in Ukraine and give the country a bad image abroad.

Russia and Ukraine have exchanged allegations of sabotage after 2014, when a revolution led by nationalists in Ukraine toppled the rule of former president Viktor Yanukovych, whom some critics said was a corrupt Russian stooge. Russia annexed Crimea from Ukraine and backs separatists in Ukraine’s east.

The two countries have also exchanged accusations of anti-Semitism in an apparent attempt to discredit each other in the West. 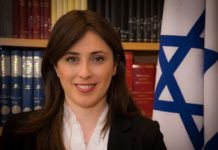 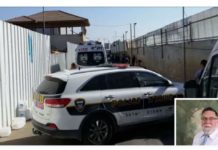 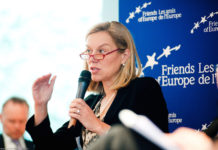