Growing etrogs is a difficult business. Too much sun and the yellow skin of the citrus fruit will burn; too little sun and the flowers won’t blossom. There’s infestation to worry about—red citrus mites are particularly fond of them. And then there are the religious prohibitions; blemishes render the fruit, a citron in English, useless for Sukkot, so if a branch or leaf pierces the skin of the etrog, you’re in trouble.

But John Kirkpatrick, a third-generation citrus farmer in California’s San Joaquin Valley, has overcome these obstacles and more. He’s the only large-scale grower of etrogs in the United States.

The octogenarian Kirkpatrick, who grows lemons, tangelos, and oranges in addition to etrogs on some 50 acres, is a Presbyterian. He knew almost nothing about the fruit when he was approached with an unusual business proposal more than 30 years ago. “It’s been a cultural trip for us—I’m Christian, but I now understand an awful lot about halakhic law,” Kirkpatrick said, using the Hebrew word for Jewish law, “as it relates to agriculture.”

In the fall of 1980, Kirkpatrick got a call from Yisroel Weisberger, “an Orthodox Jewish boy who worked in a Judaicia store in Brooklyn,” the farmer said. Weisberger, who also held a part-time job in a customs house handling etrog imports from Israel, was interested in finding a way to grow the fruit in America. Each Sukkot, Jews are commanded to shake the arba minim, or four species—the etrog and lulav, as well as willow and myrtle branches—to celebrate the holiday. (These days, a set of the four typically sells for $40, with the etrog the most expensive component, but can cost up to $150, depending on where it’s from. Most etrogs are imported from Israel, Italy, and Morocco.) Producing and selling them here had the potential to be a lucrative business.

But first Weisberger needed a farmer. He had heard of Kirkpatrick, a well-established citrus farmer—back then he was chairman of the Citrus Research Board—and hoped Kirkpatrick might refer him to a suitable grower. They spoke for an hour, and Kirkpatrick grew fascinated by the history and culture of the etrog, which he knew little about. “I had read about them in a five-volume set about citrus fruit,” he recalled, but he’d never seen one. Over the course of the conversation, Kirkpatrick became “convinced by the attractive-sounding value of the fruit,” as he put it. “You’ve already found your man,” he said when Weisberger asked him for some names. “And from there it was onward and upwards.”

Success didn’t come easy. “I found out that although I’m an expert citrus grower, I was not an expert etrog grower,” Kirkpatrick said. “It’s easier to grow 2,000 acres of oranges or lemons than to grow one acre of etrogs.” A friend of Weisberg’s helped them acquire plants from an Israeli grove, but the first few years were particularly tough. In the beginning, they produced “mediocre fruit that sold on street for $2 or $3 a piece,” Kirkpatrick said.

Unlike the other fruit Kirkpatrick grew, etrogs came with an additional set of rules. “It requires understanding of halakhah,” Kirkpatrick said. The lineage of each etrog tree must be certified, and the fruit can’t be grown on grafted or budded trees. Rabbinical supervision is required. 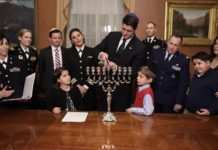 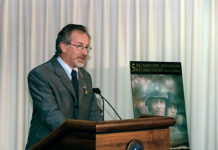