Home American Jewish News More Than 1 Million Jews Expected to Take Part in Global Shabbat...
Share on Facebook
Tweet on Twitter
A global observance of Shabbat with hundreds of special events being held in local Jewish communities around the world—including new events in Togo, Mozambique and Venezuela—is slated for Oct. 27-28.

The worldwide observance day, started by The Shabbat Project, brings Jews together to keep a single Shabbat. It began as a local South African event in 2013, initiated by South African Chief Rabbi Dr. Warren Goldstein, who proposed the idea of hosting a communal Shabbat experience.

“Over the past few years, it has been nothing short of thrilling and deeply inspiring to witness Jews come together across every conceivable divide—language, culture, ethnicity, geography, observance,” Goldstein said in a statement.

For the first time this year, the cities of Lome (Togo) and Maputo (Mozambique) are hosting Shabbat Project events, as are Larnaca (Cyprus), Asuncion (Paraguay) and Venezuela. They are joined by nearly 160 cities in Israel and more than 500 cities in the U.S. A combined 1 million Jews in 1,152 cities in 95 countries are expected to take part in events this year, according to the Shabbat Project.

Sydney, Australia, will usher in Shabbat at an open-air musical event overlooking the Sydney Harbour Bridge. In Brazil, Recife’s Kahal Zur Israel synagogue—the oldest synagogue in the Americas, erected in 1636—is opening its doors for a series of events. The South African cities of Cape Town and Johannesburg are hosting “dark tisch,” a Friday night celebration held in total darkness. 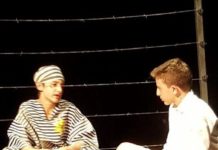 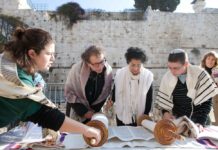 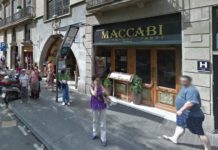