The poll published Friday showed 67 percent of respondents favored staying in the 2015 agreement, which traded sanctions relief for a rollback of Iran’s nuclear program, and 27 percent said the U.S. should pull out.

“As you may know, the United States and five other countries entered an agreement with Iran aimed at preventing Iran from developing nuclear weapons,” said the question posed to 1,010 respondents by SSRS, a research company. “Do you think the U.S. should or should not withdraw from that agreement?” The margin of error was 3.5 percentage points.

The poll was conducted Oct. 12-15 — around the time that President Donald Trump said he would not certify Iran’s compliance with the deal. International inspectors say Iran is complying with its narrow parameters.

Trump said his decision did not mean he was withdrawing with the deal but that he wanted Congress to reshape the deal, although it is unclear whether this is legally possible. If Congress did not succeed in amending the deal, Trump said, he would pull out of the pact.

The support in the poll is a marked shift from public skepticism of the deal when Trump’s predecessor, Barack Obama, presented it to the public two years ago. Support in those days scored as low as in the 20s.

SSRS over eight years has asked respondents to rate four countries — Iran, Russia, Cuba and North Korea — as threats to the United States. The perception of Iran as a threat has diminished in recent years: The high of 49 percent who viewed the country as a “very serious” threat was in September 2015, when the Obama administration was rolling out the deal. It is now at 30 percent.

The most serious threat perceived in the current poll is North Korea, which 62 percent of respondents rated a “very serious” threat. The Trump administration and the North Korean government have exchanged threats of a nuclear attack in recent months. 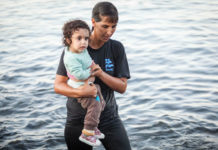 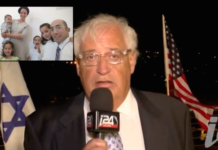 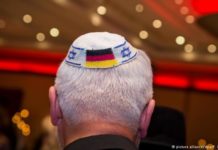