Home Breaking News Why a Haredi Orthodox Yeshiva Student Nearly Missed His Wedding
Share on Facebook
Tweet on Twitter
JTA
British immigration officers detained a haredi Orthodox Los Angeles man for three days who had come to the United Kingdom to marry a citizen there.

Yosef Goldenberg, who is studying in Israel and has citizenship there, arrived Thursday at Heathrow Airport in London carrying his American passport en route to his wedding Monday in Newcastle even though his request for a special marriage visa had been denied, Arutz 7 reported Tuesday. Goldenberg was hoping to enter as a tourist but was barred from doing so because he had already applied unsuccessfully for the marriage visa.

He was finally allowed to enter the United Kingdom following intervention by Israel’s interior minister, Aryeh Deri, who had heard about Goldenberg’s case and asked British authorities to give him a concession so he would make it to his own wedding to Yael Naomi Maimren of Gateshead, near Newcastle.

“I personally guarantee that within 10 days of the wedding, the bride and groom will leave England and move to Israel,” Deri wrote to British officials, according to Arutz 7. “My ministry has checked and found that the couple has rented an apartment in Israel, and that his yeshiva is waiting [for him to return].” 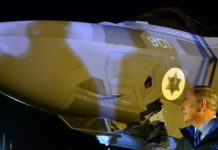 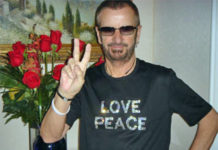 Talk About Hot Pastrami! Burglars Steal $5,000 from Kosher Deli in Brooklyn
Next