Home American Jewish News How Debbie Wasserman Schultz Was Unfair to Bernie Sanders During the Campaign
Share on Facebook
Tweet on Twitter
Donna Brazile, who became interim Democratic National Committee head after Debbie Wasserman Schultz was forced out, says in a book that her predecessor ceded control of the indebted party to the Hillary Clinton campaign.

“My predecessor, Florida Rep. Debbie Wasserman Schultz, had not been the most active chair in fundraising at a time when President Barack Obama’s neglect had left the party in significant debt,” Brazile said in her book “Hacks: The Inside Story of the Break-ins and Breakdowns that Put Donald Trump in the White House” excerpted Thursday in Politico. “As Hillary’s campaign gained momentum, she resolved the party’s debt and put it on a starvation diet. It had become dependent on her campaign for survival, for which she expected to wield control of its operations.”

Brazile said the arrangement with the Clinton campaign was unfair to Sen. Bernie Sanders, I-Vt., who lost to Clinton in the primaries. Brazile, who stepped in as interim chairwoman after Wasserman Schultz resigned during the Democratic Party convention in the summer of 2016, said she had called Sanders to inform him of Clinton’s assuming the DNC debt.

“I told Bernie I had found Hillary’s Joint Fundraising Agreement,” wrote Brazile, who is a veteran party operative with close ties to the pro-Israel community. “I explained that the cancer was that she had exerted this control of the party long before she became its nominee. Had I known this, I never would have accepted the interim chair position, but here we were with only weeks before the election.”

The arrangement was not a secret; Politico had reported its signing a year earlier, in August 2015. At that time, the DNC said it was pursuing similar joint fundraising arrangements with Sanders and other primaries candidates.

Brazile said the DNC had been $24 million in debt, in part because of Obama’s years of neglect. She said Wasserman Schultz stacked the DNC with loyalists and described her as “not the greatest at fundraising.”

“The party chair usually shrinks the staff between presidential election campaigns, but Debbie had chosen not to do that,” Brazile said. “She had stuck lots of consultants on the DNC payroll, and Obama’s consultants were being financed by the DNC, too.”

In a reply solicited by the Florida Sun-Sentinel, Wasserman Schultz, who remains a congresswoman, did not directly address Brazile’s claims.

“It was a tremendous honor to be asked by President Obama to serve as chair of the DNC,” said Wasserman Schultz, who was named to the post in 2011. “I am proud of the work our team did to support Democrats up and down the ballot in the 2016 election and to re-elect the President in 2012. With Donald Trump in the White House, Democrats must stay focused on enacting a progressive agenda to protect our citizens, our values and our democracy and remain united towards our goal of electing Democratic congressional majorities in 2018.”

Wasserman Schultz was forced out when hackers believed to be backed by Russia released embarrassing internal DNC emails showing bias against Sanders. Those hacks — and Brazile’s own internal investigations — did not uncover DNC actions that would have inhibited the Sanders campaign.

Until she was forced out, Wasserman Schultz was the highest-ranking Jewish Democrat. Sanders was the first Jewish candidate to win major party nominating contests.

Earlier this year, the DNC elected Tom Perez, a former Labor secretary, as chairman. It continues to lag in fundraising, bringing in just half the amount so far this year than its Republican counterpart — $51 million to the Republican National Committee’s $104 million, according to a report Thursday in Politico. 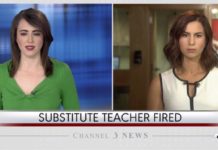 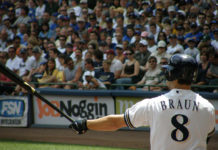