Earlier this week, five Torah scrolls were stolen by Arabs from a synagogue in central Israel and taken to Hevron.

Today, thanks to coordination between the Hevron District Coordination Liaison, Israel’s Police and the PA Police, the scrolls were returned and will make their way back to the synagogue.

Commander of the Hevron District Coordination Liaison, Lt. Col. Hariz Safadi, said: “The Civil Administration is working with its counterparts in the Palestinian Authority to coordinate a variety of civil and security issues. The return of the Torah scrolls is an example of the close coordination that takes place every day between the two sides in order to save lives and create security in the region.” 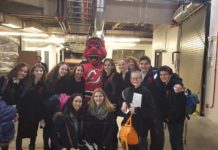