Home American Jewish News U.S. Amb. David Friedman Drops out of Ezra Schwartz Memorial Ceremony at...
Share on Facebook
Tweet on Twitter
U.S. Ambassador to Israel David Friedman cancelled his participation in a memorial ceremony for Ezra Schwartz, an American citizen killed in a terror attack, set to take place in what some call an  “illegal West Bank outpost.”

The cancellation on Wednesday morning came a day after a report in the free Hebrew daily newspaper Israel Hayom, which noted that the ceremony on November 28 would take place at the Oz Vegaon outpost in Gush Etzion.

Schwartz, 18, from Sharon, Massachusetts, was on a gap year studying at a yeshiva in Israel. He was to start business school at Rutgers University in New Jersey in the fall of 2016.

He was killed when Mohammed Abed Odeh Harub opened fire near at the Gush Etzion junction near Alon Shvut on a minivan full of students and teachers from Yeshivat Ashreinu in Beit Shemesh who were volunteering to clear a park at the outpost.

The memorial ceremony is being organized by Efrat’s Orot Yehuda Yeshiva, a Bnei Akiva yeshiva.

In recent days, security officers from the U.S. embassy held preliminary tours of the outpost, and had been scheduled to tour it again on the day that Friedman’s participation was cancelled, according to Israel Hayom.

“As a policy we do not respond to the ambassador’s schedule,” the embassy told Israel Hayom.

Oz Vegaon was founded in the weeks after the June 12, 2014  disappearance of Eyal Yifrah, Naftali Fraenkel and Gilad Shaar, teenagers who were kidnapped by Palestinians from a traffic junction in Gush Etzion and later killed by their captors. The area had been a neglected forest filled with garbage before being converted into a nature reserve by the right-wing Women in Green organization. In December 2015 an area of the nature reserve was dedicated in Schwartz’s memory. 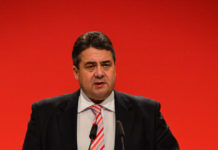 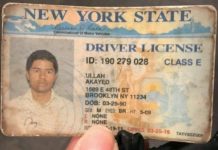