The tunnel, which had been monitored for several weeks, was demolished on Saturday, the IDF announced Sunday. The tunnel is believed to have belonged to the Hamas terror organization.  The exit of the tunnel had not yet been completed.

The tunnel had electricity and other amenities, such as ventilation and communications equipment, suggesting that it was a significant tunnel for Hamas, the IDF also said in a statement.

It was blown up using a new method that does not require air strikes or explosions.

The demolition of the tunnel, which began in Khan Younis and extended past the Israeli-Gaza border into farmland in southern Israel near the Gaza border, comes about six weeks after another tunnel was discovered and blown up, while members of the Islamic Jihad, which was digging the tunnel, were inside.

“We see this as a severe violation of Israeli sovereignty and we hold the Hamas terror organization responsible,” said Lt. Col. Jonathan Conricus. “The IDF will continue to discover and destroy the tunnels in order to defend and protect Israeli civilians and has no interest in escalating the situation.”

“We have achieved new technological capabilities in the fight against tunnel terror,” Defense Minister Avigdor Lieberman said in a statement after the tunnel’s destruction was announced.  “I hope that in coming months the threat of the tunnels to the residents of the Gaza border area will become a thing of the past,” he also said.

Terror tunnels are a severe violation of Israeli sovereignty. The IDF will continue to discover and destroy the tunnels and protect Israeli civilianshttps://t.co/QpJDHw69ux 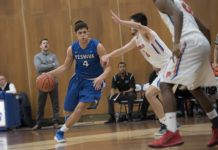 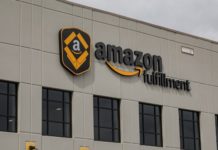 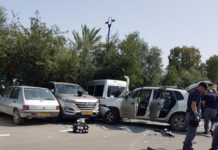