The Justice for Uncompensated Survivors Today, or JUST Act, which was introduced in February by Sens. Tammy Baldwin, D-Wisc., and Marco Rubio, R-Fla., received unanimous approval on Tuesday,

The measure requires the State Department to report on the progress of certain European countries toward the return of or restitution for wrongfully confiscated or transferred Holocaust-era assets, including property, art and other movable property. It also requires a report specifically on progress on the resolution of claims for U.S. citizen Holocaust survivors and family members.

The World Jewish Restitution Organization praised the bill’s passage, urging that it be signed into law this year.

“Through this legislation, the United States will help survivors achieve a small measure of justice for the wrongful seizure of their property during the Holocaust,” the organization’s chair of operations, Gideon Taylor, said Tuesday in a statement. “Now is the time – while the remaining survivors are alive – for countries to provide restitution.”

The JUST Act is designed to build on the international Terezin Declaration on Holocaust Era Assets and Related Issues of 2009, which affirms the protection of property rights and recognizes the importance of restituting or compensating Holocaust-related confiscations.

Several nations that endorsed the Terezin Declaration have not fully addressed the restitution of Jewish communal, private and heirless property, co-sponsors Baldwin and Rubio have said.

A companion bill was introduced in the U.S. House of Representatives in February by Reps. Joseph Crowley, D-N.Y., and Christopher Smith, R-N.J. 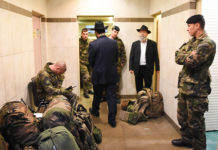 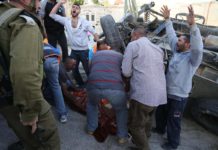 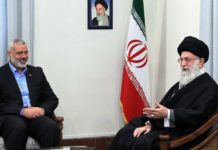