Home American Jewish News MK Rabbi Yehudah Glick’s Wife, Yaffa, Passes Away Leading to Unpleasant Knesset...
Share on Facebook
Tweet on Twitter
Yaffa Glick, the wife of Rabbi Yehudah Glick, Likud member of Knesset and Temple Mount activist, passed away on Monday morning after suffering a stroke in June, which led to an unpleasant conflict among some of the more petty parliamentarians.

In a Facebook post on Monday morning, announcing her passing, Rabbi Glick wrote, “A few minutes ago, the love of my life returned her soul to her Creator. Blessed be the true Judge.”

MK Glick will be absent from the Knesset this week as he mourns his wife. It is common in such cases in the Israeli parliament that a corresponding opposition MK agree to balance his absence by staying away but the current opposition has not consented to do so. A controversial bill to shut businesses on the Sabbath is scheduled to appear before the Knesset Monday evening, one the Likud-led coalition favors.

The Yisrael Beytenu party, led by Naftali Bennet, is part of the Likud coalition but opposes the Shabbat bill and plans to vote against it. The party announced it would not aid the rest of the coalition on the matter by having a member offset Rabbi Glick’s absence. 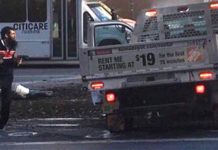