Home Anti-Semitism WATCH: Hassidic Father and Son Narrowly Escape Muslim Man Car Ramming Them...
Share on Facebook
Tweet on Twitter
Police in Belgium arrested a man who is suspected of trying to ram with his car an Orthodox man and a child on a street in Antwerp.

The incident Saturday morning was filmed by security cameras. It shows a black Seat Ibiza car swerving sharply while speeding on Isabellalei, a central street in Antwerp, toward the alleged victim and a boy, who is the man’s son, according to the Antwerp-based Joods Actueel Jewish monthly.

The car is seen intersecting a bike path,  apparently while speeding. The car then climbs the curb as the two alleged victims are walking toward it, prompting them to jump away from the curb and toward the safety of the building facades.

They jump behind a lamp post. The car swerves back wildly, returning to the road from its incursion into the sidewalk. The father ran after the car as it sped away.

Joods Actueel reported that witnesses said the driver had foreign origins. The report did not name the man or offer any additional information on his identity. He was tracked down through the footage of the license plate. The man is to be arraigned Sunday. He is suspected of attempted manslaughter. 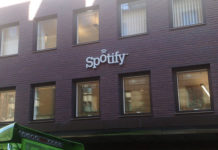 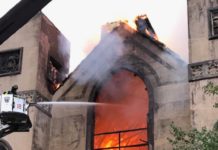 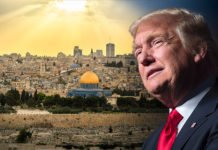