U.S. Secretary of State Rex Tillerson and his Argentine counterpart, Jorge Faurie, on Sunday agreed to work together to cut off Hezbollah funding networks and money laundering to finance terrorism across Latin America, a measure well received by Jewish groups in Argentina.

In Buenos Aires as part of a Latin American trip, Tillerson said in a joint news conference with Faurie: “With respect to Hezbollah, we also did speak today in our discussions about all of the reasons why we must jointly go after these trans-criminal organizations – narcotics trafficking, human trafficking, smuggling, money laundering – because we see the connections to terrorist financing organizations as well. We did specifically discuss the presence of Lebanese Hezbollah in this hemisphere, which is raising funds obviously to support their terrorist activities. So it is something that we jointly agree we need to attack and eliminate.”

Argentina is home to a large Lebanese ex-pat community and U.S authorities suspect groups in that community of raising funds through organized crime to support the Iranian—backed terror organizations.

On Monday the Simon Wiesenthal Center welcomed the agreement. “Hezbollah cells are lying dormant from Argentina to Venezuela as a pan-American threat to the U.S. homeland. The joint declaration of the foreign ministers is a hemispheric call to action,” said Shimon Samuels, director of International Relations for the center.

A report on Iranian activities in the region was presented to local leaders in 2013 by the late AMIA Jewish center bombing special prosecutor Alberto Nisman. He discovered an active terrorist network with a strong presence in Argentina, Brazil, Paraguay, and  in the Brazlian city of Foz do Iguazu, which straddles the border with Argentina, and is close to Paraguay. 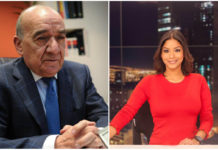 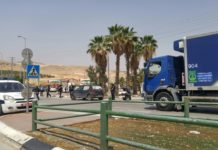