Home Breaking News Hezbollah Says Downing of Israeli F-16’s Means a ‘Start of a “New...
Share on Facebook
Tweet on Twitter
Hezbollah called the downing of an Israeli F-16 fighter plane the start of a “new strategic phase” in which Israel would no longer operate freely in Syrian airspace.

In a statement Saturday, the Shi’ite terrorist group praised the “alertness of the Syrian army, which downed the plane,” saying this marks the “end the abandonment of the Syrian sovereignty in the air and on land.”

The statement followed the Israeli plane’s crash in northern Israel after an anti-aircraft missile hit it, prompting its two pilots to eject. One is in serious but stable condition and the other one was lightly wounded. Brigadier General Tomer Bar, a senior Israel Air Force officer, was quoted as telling the Israel Broadcasting Corporation that the pilots had to be “extracted,” suggesting they landed in enemy territory.

Their plane and several other aircraft were heading back into Israel after striking there an Iranian command center that had launched an unmanned aircraft, or drone, into Israel. The drone was shot down and captured, the statement said, and Israeli warplanes went in pursuit of the command center that operated the drone.

The Israeli aircraft that targeted the Iranian drone’s mobile command center pursued and destroyed the target while it was moving, Bar said. He called it a “successful and complex mission.”

Israeli aircraft have been operating relatively freely in Syria and Lebanon since the 1980s despite encountering largely ineffective anti-aircraft fire. Iran has considerably increased its presence in Syria since the outbreak of that country’s civil war in 2011. Last year, Iran acknowledged that it had deployed Russian-made S-300 surface-to-air missiles.

In 2015, a retired Israel Air Force Brigadier General, Asaf Agmon, told the Globes daily that Israel would need to spend billions of dollars to cope with S-300 missile, whose lock on targets he said was impossible to jam. Iran obtaining “could severely hamper the Israeli air force’s freedom to act and dramatically limit the aerial maneuvering freedom of every aircraft in the Middle East because this is a strategic, balance-breaking weapons,” added Agmon, who then headed the Fisher Institute for Air and Space Strategic Studies.

In 2016, Russia, whose forces and Iran’s are propping up Syrian President Bashar Assad against Sunni rebels, said it had deployed the system in Syria.

“Essentially what followed was, in my opinion, the most massive assault by the Israel Air Force against the Syrian aerial defense deployment since Operation Peace for Galilee,” the Israeli army’s name for the 1982 Lebanon War, Bar said. “We struck the [anti-aircraft missile] batteries and additional Iranian targets in Syria.” 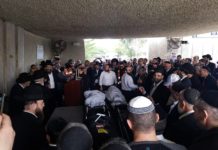 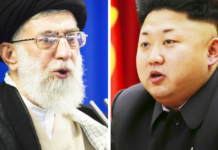