In an interview with Jeffrey Goldberg, the editor of The Atlantic, Mohammed affirmatively accepted Israel’s right to exist as a state, apparently a first for a Saudi leader. The interview was posted on Monday.

Mohammed avoided Goldberg’s question as to whether he would recognize Israel as a Jewish state, a key Israeli demand of any permanent Israeli-Palestinian agreement.

“I believe that each people, anywhere, has a right to live in their peaceful nation,” he said. “I believe the Palestinians and the Israelis have the right to have their own land. But we have to have a peace agreement to assure the stability for everyone and to have normal relations.”

Since 2002, Saudi Arabia has embraced the Arab League peace plan, which would recognize Israeli statehood, but conditions such recognition on an Israeli-Palestinian peace agreement based on the 1967 lines.

Mohammed also said that Saudis had no religious problem with Israel as a whole, but with the control of the Temple Mount in Jerusalem, a site known to Muslims as Haram as-Sharif that is holy to both faiths, and with Palestinian rights.

“We have religious concerns about the fate of the holy mosque in Jerusalem and about the rights of the Palestinian people,” he said. “This is what we have. We don’t have any objection against any other people.”

Under Mohammed, who last year consolidated his power in Saudi Arabia, longstanding secret ties with Israel have become more open; Saudi Arabia recently allowed flights launched in Israel by non-Israel carriers to travel through Saudi airspace. Saudi Arabia and Israel have long shared intelligence about their common enemy in the region, Iran.

Mohammed said Israel’s commercial ties with Saudi Arabia and other Arab countries would likely flourish should there be peace.

“Israel is a big economy compared to their size and it’s a growing economy, and of course, there are a lot of interests we share with Israel and if there is peace, there would be a lot of interest between Israel and the Gulf Cooperation Council countries and countries like Egypt and Jordan,” he said. The GCC, an economic umbrella led by Saudi Arabia, encompasses most countries in the Persian Gulf.

Reuters reported on Tuesday that Mohammed’s father, King Salman, emphasized in a statement distributed through state media “the kingdom’s steadfast position towards the Palestinian issue and the legitimate rights of the Palestinian people to an independent state with Jerusalem as its capital.”

In the Atlantic interview, Mohammed repeated his claim that Iran’s supreme leader, Ayatollah Ali Khamenei, was worse than Hitler, a comparison that made headlines when he made it last month in a “60 Minutes” interview.

Hitler’s genocide against the Jews cost 6 million Jewish lives. The war he initiated is believed to have cost as many as 50 million lives. 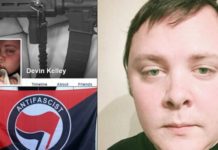 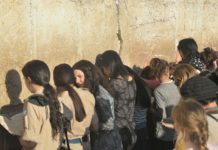