Home American Jewish News Ivanka and Jared Part of US Delegation for Jerusalem Embassy Opening
Share on Facebook
Tweet on Twitter
Jared Kushner and Ivanka Trump will be part of the delegation coming to Israel next month for the opening of the U.S. Embassy in Jerusalem, according to an Israeli news program.

Treasury Secretary Steve Mnuchin, who is Jewish, will lead the group of more than 250 U.S. delegates, including 40 members of the Senate and House of Representatives, Channel 10 news reported Sunday, citing unnamed Israeli officials.

Among those mentioned in the report as planning to attend the May 14 dedication are Republican Sens. Ted Cruz and Lindsay Graham, as well as special Middle East peace envoy Jason Greenblatt. The delegation also will include Jewish leaders and heads of pro-Israel Christian organizations.

Asked for comment, a White House spokeswoman told JTA that “there are no announcements at this time.”

The move is scheduled for the anniversary of the founding of the modern State of Israel according to the Gregorian calendar.

U.S. Ambassador David Friedman and some staff will begin working out of the consular section beginning in May. In the second phase, by the end of 2019, an annex on site will be constructed for a more permanent working space for the ambassador, staff and a classified processing site. The third phase, the site selection and construction of a new embassy, will take up to nine years.

Trump has heralded his Dec. 6, 2017 recognition of Jerusalem as Israel’s capital and the move of the embassy as a highlight of his administration. He said last month at a White House meeting with Netanyahu that he was considering coming to Israel for the opening of the embassy. 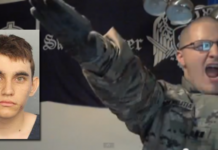 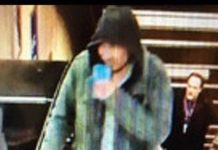