Five of those killed are reported to be Syrian soldiers, and the other 18 from forces allied with it, according to the Britain-based Syrian Observatory for Human Rights, which has closely followed Syria’s civil war. It is not known if any of the foreign nationals killed were Iranian.

The Syrian military denied the watchdog’s report, saying that three were killed and two wounded in the Israeli airstrikes.

The airstrikes were in response to a barrage of missiles fired at Israel late on Wednesday night, which Israel blames on the Quds force of the Iranian Revolutionary Guard Corps. Iran has denied firing the missiles. Four of them were intercepted by Israel’s Iron Dome missile defense system, and the rest landed in Syrian territory.

In uncharacteristic fashion, Israel took responsibility for the airstrikes, some 50 attacks against Iranian targets, including intelligence centers, weapons depots, storage facilities, observation posts and logistics centers in Syria, as well as the rocket launcher that carried out the missile attacks.

“We hit almost all of the Iranian infrastructure in Syria,” Israeli Defense Minister Avigdor Liberman said Thursday at the Herzliya Conference, a security and defense convention. “They should understand that if we get rain, they will get a flood.”

Israel had opened its bomb shelters in the Golan on Tuesday night, fearing retaliation for an alleged Israeli airstrike on Syria’s T-4 air base, which is believed to be home to an advanced Iranian air-defense system, and over the Trump administration’s decision to pull out of the Iran nuclear deal. 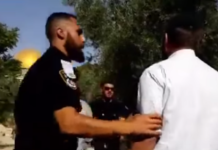 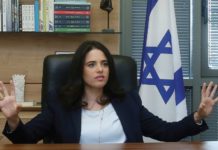