Twitter removed the status over the weekend from what is described as the “Official Twitter Page of The Honorable Minister Louis Farrakhan.” The blue octagonal badge with a check mark tells visitors that the page of a prominent person may not be authentic — that the person whose name is on the account may not be its actual owner. Verified accounts may become targets for hacking or phishing campaigns, Twitter notes in its Verified Accounts FAQ.

The owner of a page without the badge may continue to post tweets.

“Thoroughly and completely unmasking the Satanic Jew and the Synagogue of Satan,” read the tweet, which included a video of Farrakhan speaking May 27 at the Nation of Islam’s international headquarters at Mosque Maryam in Chicago.

Thoroughly and completely unmasking the Satanic Jew and the Synagogue of Satan.

The sermon was Farrakhan’s first major public speaking appearance since February. Farrakhan, a known anti-Semite, warned his listeners about “Satanic Jews who have infected the whole world with poison and deceit.”

He also claimed that contemporary Jews are responsible for promoting child molestation, misogyny, police brutality and sexual assault, among other social ills. In addition, Farrakhan asserted that contemporary Judaism is nothing but a “system of tricks and lies” that Jews study in order to learn how to “dominate” non-Jews.

According to Twitter’s terms of service, it may remove verified status at any time, for reasons that include promoting hate and/or violence against, or directly attacking or threatening other people on the basis of race, ethnicity, national origin, sexual orientation, gender, gender identity, religious affiliation, age, disability, or disease; inciting or engaging in harassment of others; and directly or indirectly threatening or encouraging any form of physical violence against an individual or any group of people, including threatening or promoting terrorism.

In November, Twitter revoked several verification checks from far-right and white nationalist accounts, according to The Wrap. They included Richard Spencer, Laura Loomer and Tim Gionet, as well as Jason Kessler, who organized the far-right rally in Charlottesville, Virginia, last August that turned deadly 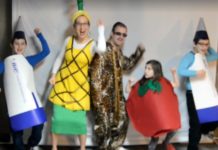 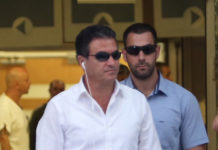