Yehudah Glick announced on Saturday night on Twitter and Facebook that he would end the hunger strike “in order to avoid harming my health and following many appeals from my family and partners in this struggle.”

He added: “The struggle will go on.”

Glick also said that in the coming days he will meet with Israel’s Finance Minister Moshe Kahlon, who Glick said had invited him to meet and discuss the issue. “I hope we will deal with the issue in a meaningful way and not under political pressure,” Glick also said.

The tax on cigarettes is more than three times higher than the tax on loose tobacco.

Glick announced his hunger strike on June 11 from the Knesset podium, after calling for a moment of silence for 3,000 Israelis who he said had been killed by diseases caused by tobacco since the beginning of the year. His hunger strike began the next day, on the Knesset’s no-smoking day.

In May, the Knesset approved a crackdown on smoking in public places, including concerts, event halls, sports venues, zoos and parking lots, though the Knesset was exempt. Following the crackdown, Health Minister Yaakov Litzman released figures showing that 22.5 percent of all Israelis over 18 were smoking. Litzman also promised to seek to raise taxes on rolling tobacco. 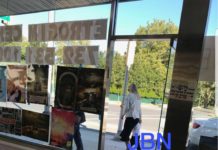 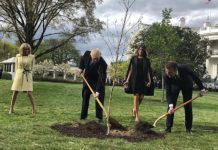