Home American Jewish News Arsonist sets fires at 7 Brooklyn synagogues and Jewish schools
Share on Facebook
Tweet on Twitter
The New York Police Department received reports of fires at seven Hasidic Jewish institutions in a single neighborhood in Brooklyn — around the same time vandals spray-painted “Kill All Jews” inside a  synagogue in the same borough.

Following in the wake of the Union Temple hate incident, antisemitism strikes again, this time in Williamsburg. Early this morning, the NYPD’s 90th Precinct received reports of fires at seven locations in South Williamsburg, all of them Hasidic shuls or yeshivas.

“Tragically, it would seem these types of attacks are becoming all too common,” the politicians continued. “Words and speech are as real as any weapon, and I again call on the current administration to unequivocally denounce every and all hate groups. We need to do everything in our power to deny hate safe harbor, whether in Pittsburgh, Charleston, or here in Williamsburg.”

The NYPD, along with the Williamsburg Shomrim, or volunteer neighborhood patrol group, reportedly arrested a man suspected of setting the fires.

Thanks to the eagle eyed @WspuShomrim volunteers, last night @NYPD90Pct was able to arrest a dangerous man who lit fires outside Synagogues around Williamsburg. pic.twitter.com/UPWe6G5LIg

The Friday morning vandalism at a Brooklyn Heights synagogue led to the cancellation of a progressive get-out-the-vote event that would have featured Broad City star Ilana Glazer.

As NYC Councilman Chaim Deutsch noted on Twitter, there have been multiple anti-Semitic incidents in the week since the Pittsburgh synagogue massacre.

The incidents include swastikas found graffitied in Brooklyn Heights and Manhattan’s Upper West Side, the vandalism inside Brooklyn Height’s Union Temple, an anti-Semitic license plate that was removed in Queens and a Jewish man being verbally threatened in Brooklyn’s Crown Heights neighborhood.

In the Crown Heights incident, which was reported by the neighborhood’s Shomrim on October 30, three teens allegedly threatened to stab a Jewish man and “kill all Jews.”

I’ve just learned of several incidents of arson in Williamsburg this morning. From what I’ve been told, several Jewish synagogues and schools were targeted by an individual who set fire to the garbage inside and outside of the buildings. https://t.co/jrf7P2iVHO

The New York Daily News reported that the NYPD had logged 116 anti-Semitic “bias incidents” as of October 7 — including 12 assaults.

You can see video and photos of the fires and their aftermath below:

Lee x Rodney area @FDNY on scene with multiple garbage fires, all in front of a shul, Neitra, Chareidim, Sharmash, and 555 Bedford, as per witnesses it’s a male with a red hoodie who set it on. FD keeps on getting more locations. pic.twitter.com/33ejPHTgdk

Update: @FDNY Marshal investigators along with @NYPDDetectives going around now collecting evidence and reviewing surveillance cameras, perp also broke into Krasna Cheider and set a fire inside the building, also set a fire by Binyan Ostreicher on Wythe Ave. pic.twitter.com/QzZPfMKDkj 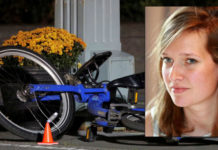