Home Breaking News Terrorist Killed, 35 Wounded as Israeli Caravan Visits Joseph’s Tomb in Nablus
Share on Facebook
Tweet on Twitter
Clashes broke out this evening between Arab terrorists and Israeli security forces in the city of Nablus. This comes as a caravan of religious Israelis visited Joseph’s Tomb in the area.

Wassim Kalifa, an 18-year-old Arab from the Balata refugee camp, was killed by IDF forces after firing at an Israeli jeep, thankfully no IDF soldiers were injured.

Palestinian medical authorities claim that at least 35 Arabs were wounded by gunfire, rubber bullets, and tear gas after mobs attempting to attack the Israeli forces.

HAPPENING NOW: IDF troops are securing the visit of Jewish worshipers to Joseph's Tomb in Nablus. According to Palestinian media reports, gunfire is heard in the area, amid clashes. pic.twitter.com/3q7gei1a3O

As the Israeli caravan left the complex where Joseph’s Tomb is located a group of terrorists fired at an armored bus carrying civilians, the bullet was stopped by the armored bus windows — IDF forces are searching for the suspect.

The IDF did not comment on the clashes, but confirmed in a statement that troops were securing a coordinated pilgrimage.

The fighting broke out as a convoy of Jewish worshippers and IDF soldiers entered the city for a monthly visit to the tomb of Joseph where they met with resistance from locals. 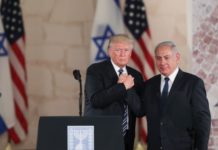 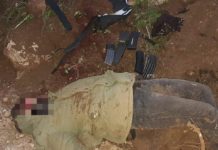